Aleksandr Bolkvadze. The dreams of the leader of the Mops 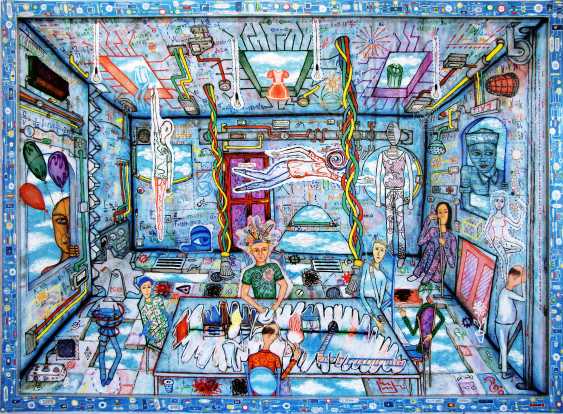 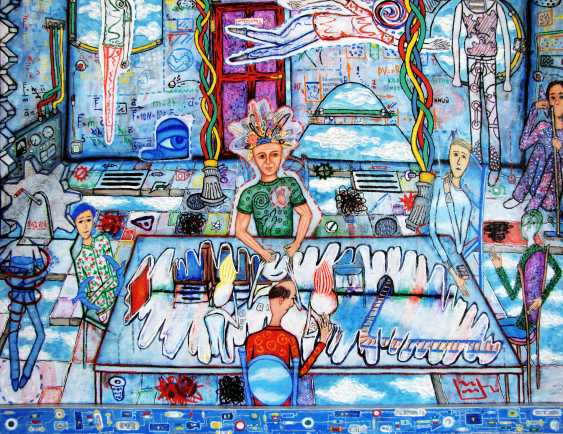 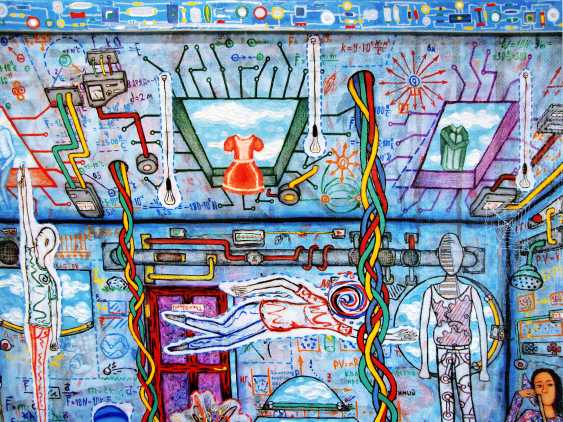 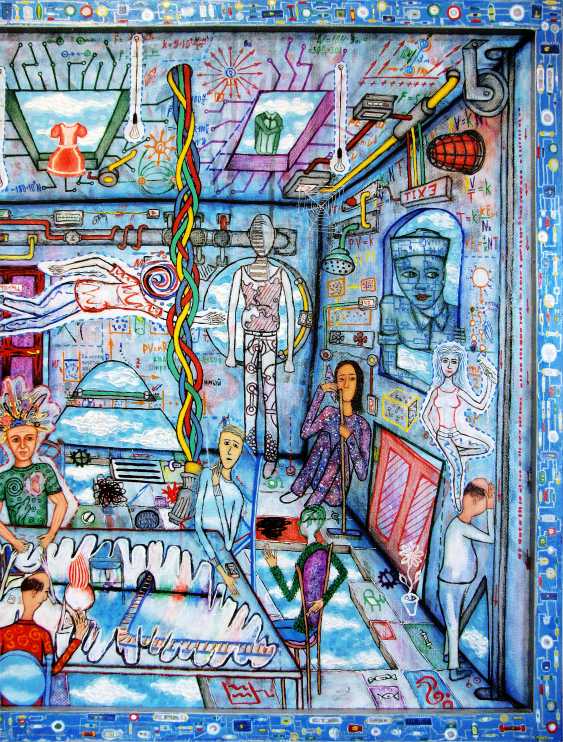 Artist pagePushCommentsFavorites
Price:RUB99000 RUB 99 000
Buy it now
Make offer
Aleksandr Bolkvadze. The dreams of the leader of the Mops
"Dreams of the leader of a MOP" oil on canvas 105x75
Perhaps is the most elaborate of all my works, and every element was created consciously, there is almost no room for improvisation. Every detail is subject to some internal logic of the world this picture, and each character has its own story.
Now, remembering how I week in a row went early in the morning on a deserted, gloomy alleys, in order to detach and to imagine the space in which you could play out the action of this film, I'm starting to understand how this is worse, just that I took earlier. Usually, I have all the pictures in my head already ready, difficulties arise more with the technical elements, but it seems that here I have set myself a task beyond their capabilities at that time. Yes, even if you now think, - think, or simply could not, is overcoming itself was to some extent a necessity, without which, continue to be an artist, is a special sense was not. Then I needed to become something more than I was, because what I did not quite satisfy me.
In fact, this whole series of paintings, which includes "dreams of the leader of a MOP", is an attempt to prove to myself that I'm a real artist. Here are all the interesting combinations and the images of the last years, which only could fit in the context of this story, although now I understand that this is only the beginning. Happened some sort of upgrade system in the world and many things will have to rethink again. Order was created this picture.
When I wrote the draft of this work, it featured such a thing as "layers of reality". The painting itself is a illustration of a dream or hallucination of the main character of the novel by Ken Kesey "one Flew over the cuckoo's nest". "Layers of reality" here – is the depth of the unconscious, which can take the main character and they correspond to the stages of the creation of reality, the pictures in my imagination. The first layer is an abstraction, primal chaos in random lines and contours which are born from the images of the future forms. On top of it is very expressive, volatile and dynamic matter, the images and characters in the style of Basquiat paintings or Debuff. Them and now you can still see, as if through a glass darkly, transmission through walls, if you look at the picture of the face-to-face. The walls are inscribed with the underlying physical formulas describing the surrounding reality and interaction. This to some extent, reflected, distorted madness, the vision of the main character, he sees things a little differently because of the dissonance that occurred to him when he had faced with a new world outside his tribe. The world of the white people he sees as a Grand mechanism, the "mill" that turns people into parts of itself, absorbing their personality and will, and uses them until they fail.
The characters present in the film – all of whom the leader, anyway, I noticed in its history. Of the key, and the most interesting is to note the nurse from the right side of the picture. On top of it a kind of ornament of electrical signaling scheme in which she was part of the "plant" in the mind of the protagonist. In the center – a table with McMurphy at the head, left Harding and Billy Bibbit on the right. The Prince in the right corner, next to the old man Pete, to the train station, which is almost completely absorbed by the plant and partly a mechanism. The rest of the characters and objects to a greater extent casual and nedovolen - it makes the atmosphere more surreal, what is happening in the film is a dream, a vision of the protagonist.
In the center of the picture, inside the table, there is a direct reference to an earlier painting with a similar composition and subject, is a kind of portal, the relationship between my paintings, which is always necessary. For me it is very important that the world my paintings have been organized into a single, global, and my personal.
Even now as I write this text – it changes me, it was the main purpose, as the entire series, and specifically this picture.

Characteristics of the artwork - item 16132 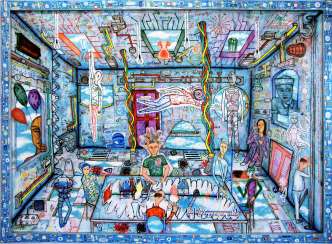