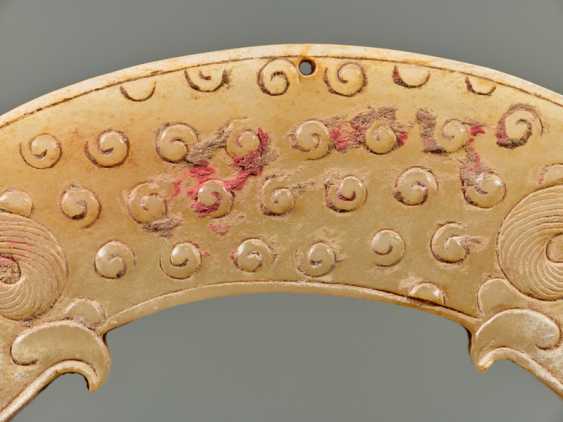 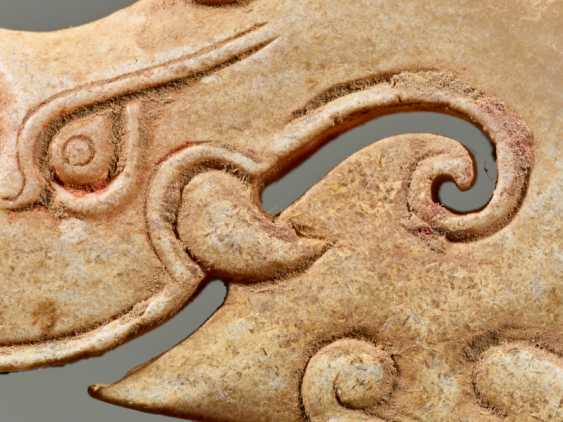 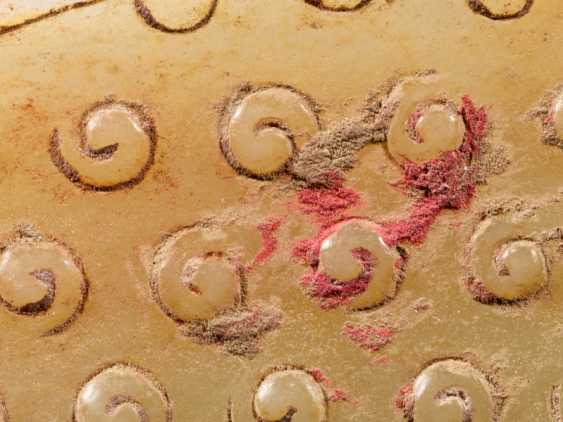 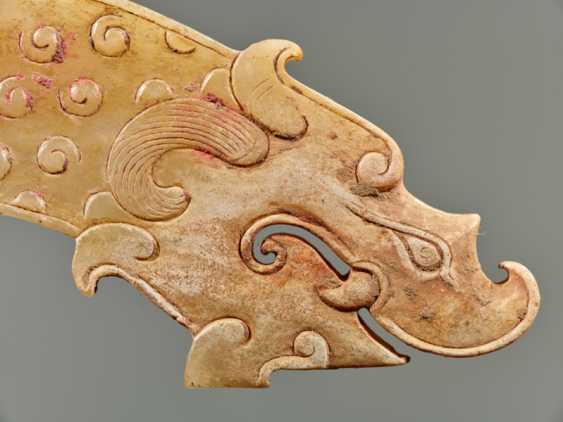 This is another beautifully carved huang 璜that represents two powerful dragons that share the same arched body. The gentle arch is quite different than the pronounced semi-circle of JAK917-035 in this auction, but the decoration, identical on both sides, is similar: it is composed of carved and incised lines that define the dragons’ facial features, while the bodies are covered with small, carved spirals. The heads, carved in profile at each extremity, have curled upturned snouts, eyes, fangs and tufts of hair, and a cut-out area that describes the open mouths with a carved, overlapping fang. The lower jaws are pointed, with two stylized tufts of hair protruding from the chin, while the two longer tufts that extend from the dragons’ horns, or ears, separate the head from the bodies: these are decorated with two finely incised lines on the upper tuft and many tiny parallel lines on the “ear”. Very finely carved grooves outline the eyes, fangs, tufts of hair and the borders of the jade, accentuating the curves of the carving. In the upper curve of the body, there is also a central hole, drilled from both sides, from which the pendant was hung.

The pendant is carved from a translucent white jade that has a very slight brownish tinge, except for the areas of the dragons’ heads, which have turned an opaque white from calcification. There are also traces of soil and some scattered areas of red pigmentation and other greyish, whitish markings, due to alterations in the stone.

Literature comparison/Archaeological sites: A similar huang pendant with finely detailed dragon heads is in the Freer Gallery of Art, Washington, D.C., accession number F1932.38. Compare also a larger huang published in F. Salviati, 4000 Years of Chinese Archaic Jades, Edition Zacke, Vienna 2017, no.266 and another one from the Samuel and Myrna Myers collection in .P. Desroches (ed.), Two Americans in Paris. A Quest for Asian Art, Paris 2016, no.116. 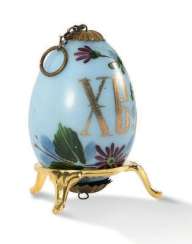 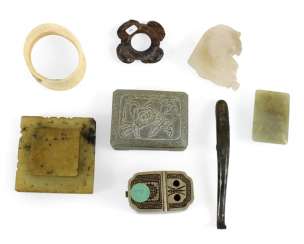 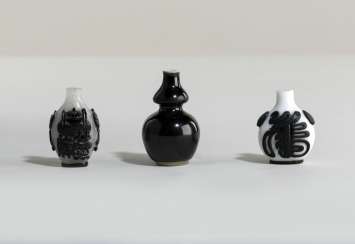 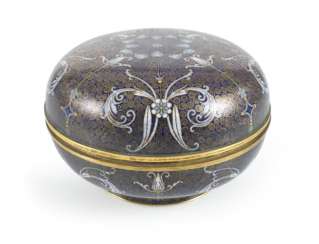 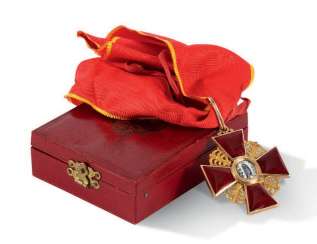 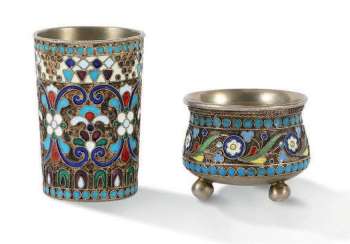 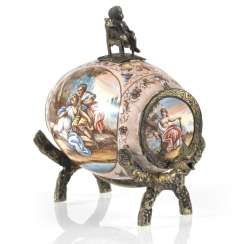