Lot 43. A VERY RARE GREEN CRESCENT SHAPED XI 觿 OR “KNOT-OPENER” WITH A COILED DRAGON AND A PATTERN OF ENGRAVED LINKED SCROLLS 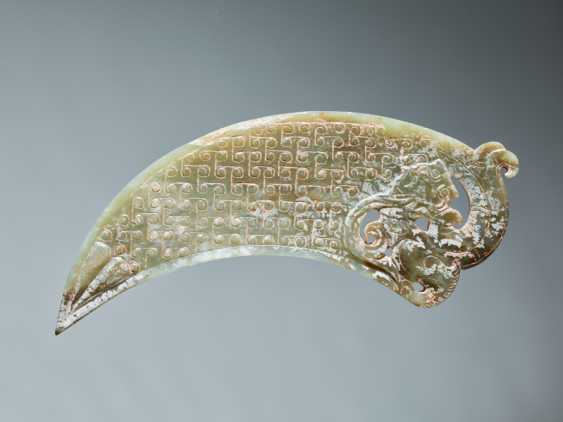 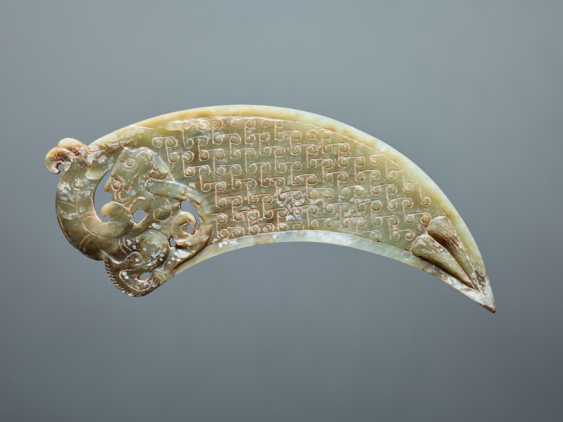 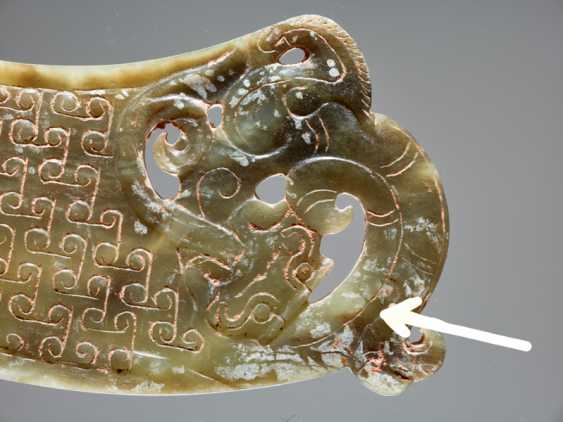 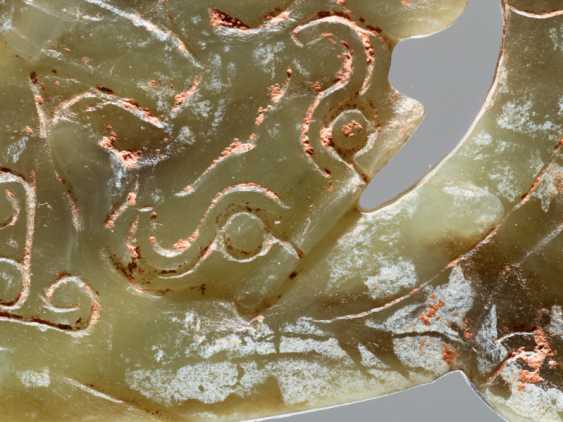 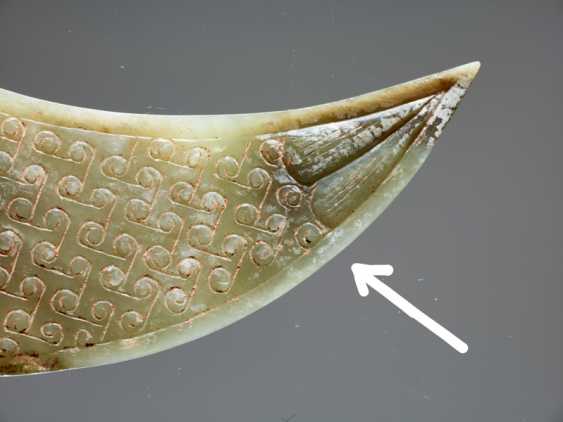 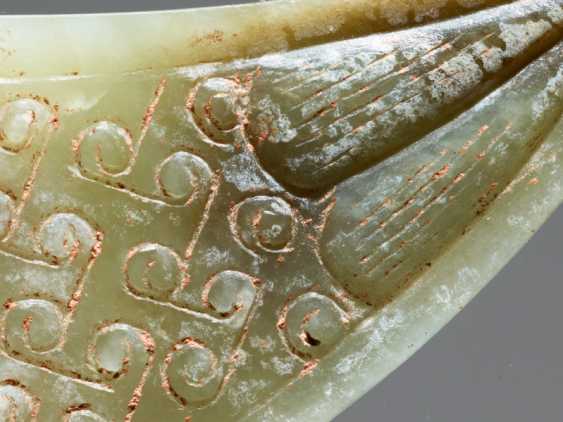 This green crescent-shaped jade is another exceptional example of the early Western Han xi觿, or “knot-opener” , and parallels the rarity and quality of the workmanship of the other one presented in this auction, JAK917-038.

In concept, the two xi are similar; both of them are carved as a dragon whose body thins and terminates in an acuminated tip, thus, fully integrating the functional aspect of the jade with the decoration. The xi were suspended, probably from the belt, by the cut-outs and holes carved in the section decorated with the dragon’s head.

Both sides of this xi are decorated in the same manner, with a dragon carved at the wider extremity that is represented as coiled, with a partly twisted body, and as seen from above. The dragon’s head, which ‘bites’ its curled body, is finely detailed: it has a flat snout, round eyes with long eyebrows and a crest which sprouts from between the two large, pointed ‘ears’. The long crest, decorated with incised lines, ends in a bifurcated tip and forms a large curl that separates the body of the dragon from the central section of the xi, decorated with a regular pattern of incised, linked scrolls. The overlapping forelimbs of the dragon extend to touch one end of the bifurcated crest: a series of short, parallel incisions on the leg represent the fur. The thin body of the dragon, enriched by curls and marked with a line carved in the middle, bends, then passes in front of the dragon’s head and merges with the central section of the xi. The pointed tip of the xi is filled with two slightly raised, drop-shaped motifs adorned with finely incised parallel lines: they may represent the claws of the dragon’s paw, as suggested by the comparison with similar motifs carved on the dragon-shaped plaque JAK917-039 in this auction. A narrow, plain strip runs along the edges of the xi, with the exception of the wider end that is decorated with the coiled dragon.

The xi is carved from a variety of jade with shades of spinach and light green, and dotted with speckles and small white areas where the stone has calcified. The remains of soil encrustations and red powder are visible within the incised parts of the design.

Literature comparison/Archaeological sites: In style and iconography, this xi matches similar jades that have been discovered in the early Western Han tombs excavated in the vicinity of Xuzhou city, in northern Jiangsu province. For three similar, crescent-shaped dragons carved in the Xuzhou style, see F. Salviati, 4000 Years of Chinese Archaic Jades, Edition Zacke, Vienna 2017, nos.278-280. No.314 in this same volume illustrates a dragon-shaped xi whose pointed extremity is decorated with exactly the same pattern of stylized claws. 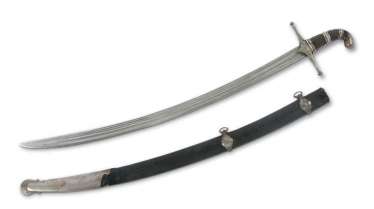 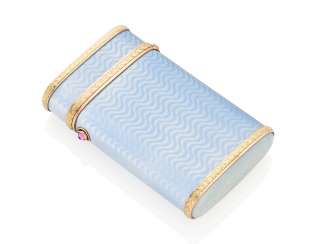 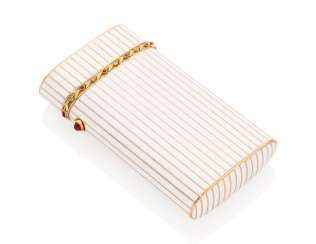 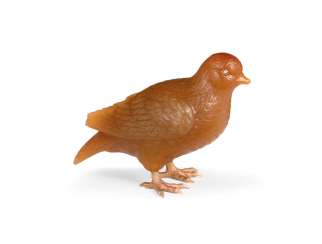 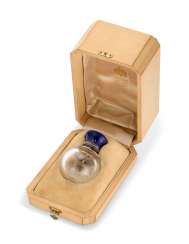 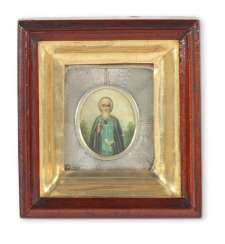 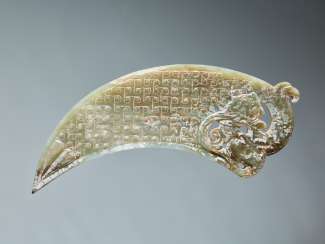