Lot 6096. Arrangement of Hitler to the Wehrmacht commander-in-chief, with the determination of the order of the GFM and great admirals from the 22.2.1944 copy of Göring 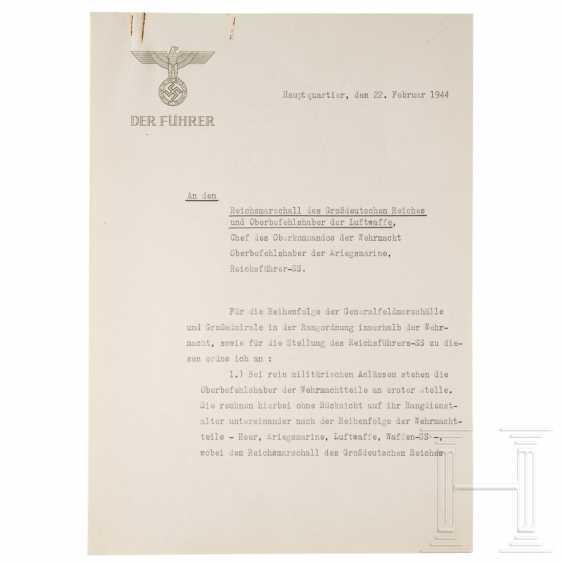 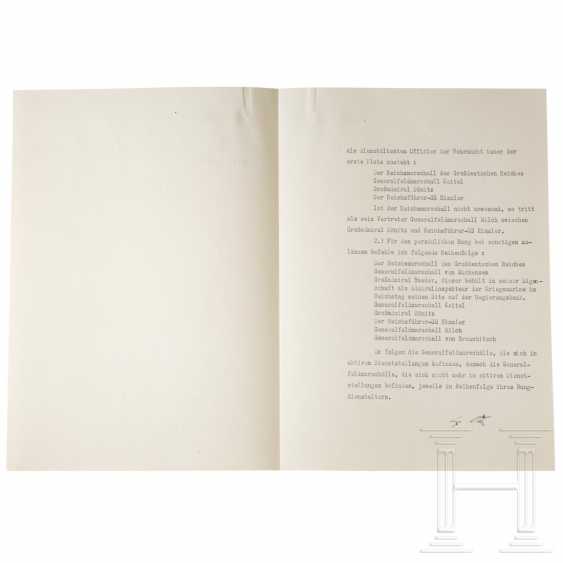 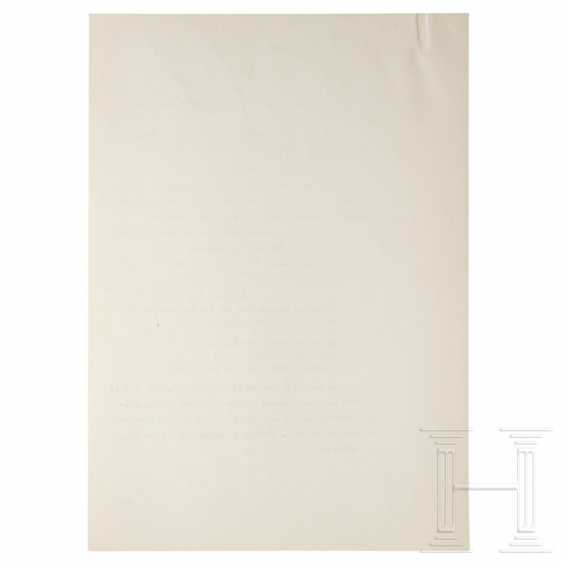 ID 330713
Lot 6096Arrangement of Hitler to the Wehrmacht commander-in-chief, with the determination of the order of the GFM and great admirals from the 22.2.1944 copy of Göring
A4-double-bow with raised brown print head "The leader", under the sovereignty of the eagle and the machine-written Text, dated "headquarters, the 22. February 1944". In addressing the three military commanders, as well as the "reichsführer-SS", the "Reich Marshal of the greater German Reich and commander-in-chief of the air force makes", to identify the personal copy of göring's underlined. On two pages (1. and 3. Page) sets Hitler, "In a purely military occasions, the commander-in-chief of the Wehrmacht parts in the first place", not according to Rank and seniority, but according to the "order of the sections of the Wehrmacht - Heer, Kriegsmarine, Luftwaffe, Waffen-SS", with Göring as Reich Marshal and "the longest-serving officer in the Wehrmacht deserve always the first place". Göring was not present, had to be classified GFM milk between Dönitz and Himmler. For "other occasions" he or she determines the following sequence: "The Reich Marshal of the greater German Reich, field Marshal von Mackensen, Grand Admiral Raeder [.], General field Marshal Keitel and Grand Admiral Dönitz, The Reich leader SS Himmler, field Marshal of milk, General field Marshal of Brauchitsch". At the bottom, by hand, in ink of Adolf Hitler, signed"". Traces of rust from two paper clips, otherwise in very good condition. The machine written transmittal letter of major in the General staff of göring's Secretary "miss Limberger - Mr. Reich Marshal has ordered filing of the enclosed letter of the leader of the 22.2.44 in his papers.", dated 4.3.1944 and indistinct in blue pencil signed. Highly Interesting Document. In February 1944, fell in the South of the Eastern front, Nikopol, and on the 18. February escaped only with great loss of parts of the 8. Army from the boiler of Cherkasy. However, despite the always-threatening-increasing war, the situation was marshals, such a definition of the order of the General field and great admirals, or the reichsführer-SS, it is necessary to prepare the obvious to each other the prevailing jealousies to an end. Also of interest is that of the then 95-year-old GFM August von Mackensen should, at least, in the case of non-military occasions in the second Position, according to Goering. Condition: I - II 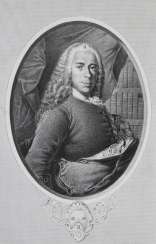 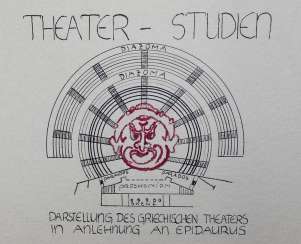 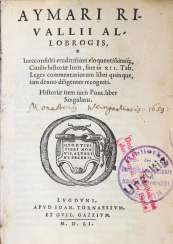 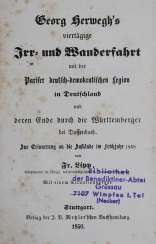 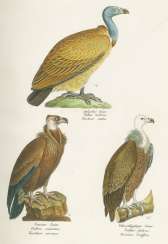 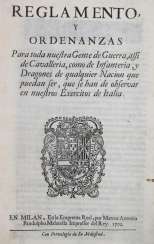 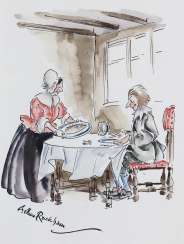 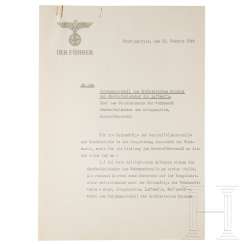 Arrangement of Hitler to the Wehrmacht commander-in-chief, with the determination of the order of the GFM and great admirals from the 22.2.1944 copy of Göring
€3 500
×