Lot 245. Appiani, Andrea. Apotheosis of Psyche is Psyche, of mercury accompanied, in front of the Jupiter in the Olympus 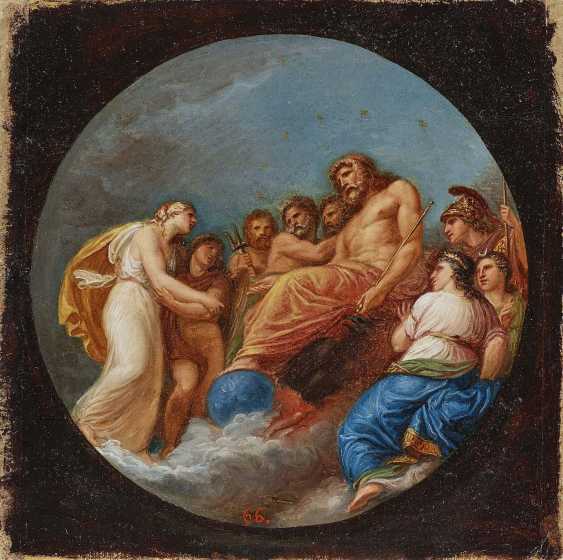 ID 212535
Lot 245Appiani, Andrea. Apotheosis of Psyche is Psyche, of mercury accompanied, in front of the Jupiter in the Olympus
Apotheosis of Psyche is Psyche, of mercury accompanied, in front of Jupiter in Olympus. Oil on paper on cardboard. D. 27.5 cm. Paper 31 x 29 cm. Carton 31 x 31 cm. Min. restored With a detailed report of Prof. Francesco Leone, Rome, in June of 2017. Provenance: Spanish private collection. The painting, referred to Prof. Francesco Leone as a properly personal work of the Lombard painter Appiani, belongs to, in the environment of the Central ceiling fresco of the same subject in the so-called Rotonda, the Villa Reale in Monza. The "Rotonda" was built in 1790/91 at the request of the Archduke Ferdinand Karl of Habsburg-Este, son of Empress Maria Theresa, and his consort Maria Beatrice d'este by the eminent architect Giuseppe piermarini. It was a place of encounter, which is of the intellectual diversion it served, as it is also in the decorations reflected, the examples of illustrious, such as Giulio Romano (Palazzo del Te, Mantua), Bernardo Luini (Villa della Pelucca in Sesto San Giovanni), and, above all, Raphael (Farnesina, Rome), whose works he studied Appiani during his stay in Rome, in-depth, guided. Archduke Ferdinand, Austrian Governor of Milan, commissioned Appiani with the decoration of the hall with the mythological tale of Psyche according to Apuleius' metamorphoses ("The Golden ass"). Overall, Appiani has created nine frescoes, including four rectangular motifs, four triangular in Lunetten and the Central round ceiling motif. The Work took a total of eight months, from April to November 1792. The draft box to the Central ceiling painting "apotheosis of Psyche", in connection with our paintings, located in the Biblioteca dell'Accademia delle Belle Arti di Brera; in addition, signatures in the Album Vallardi in the Brera exist, in the Biblioteca Ambrosiana, Milan, and in the Civico Gabinetto dei Disegni del Castello, Milan. For the year 1818, a year after Appianis death, is documented in his Studio a Band with his "Pensieri e schizzi dei dipinti della Rotonda nell' I. R. Palazzo di Monza" was located, which included the preparation of the frescoes. Furthermore, a very similar fresco of the same Subject in the Palazzo Busca Arconati, Milan (now the Collegio San Carlo) exists. Our work represents, as Professor Leone says, is an interesting document to one of the most important painting cycles in Andrea Appianis long and outstanding artistic work. 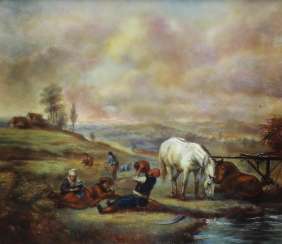 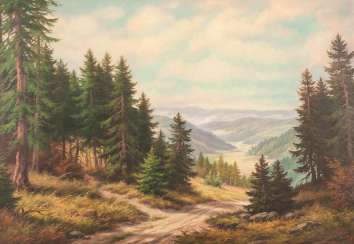 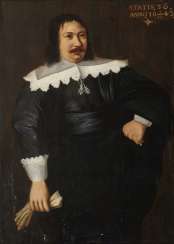 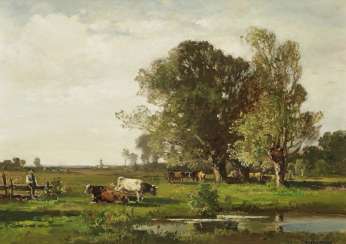 Meadow landscape with a cowherd and his flock
€1 000 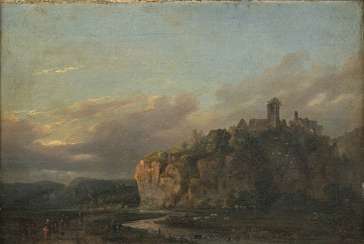 Shepherdess with flock and dog on the water
€4 000 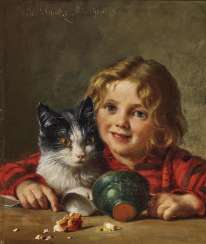 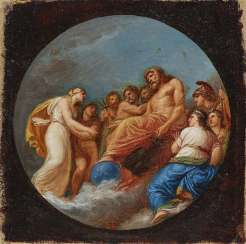 Appiani, Andrea. Apotheosis of Psyche is Psyche, of mercury accompanied, in front of the Jupiter in the Olympus
€15 000
×