Lot 4265. Watch: absolute rarity, unique Navigation Set, one of only 4 known to Longines pilot's watches of Ref.6630-1 and other rare navigation Instruments from the estate of a major Lufthansa pilots, with Longines master excerpt from the book, 1954 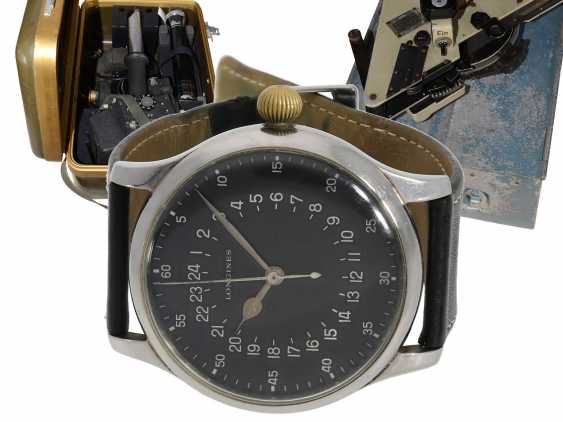 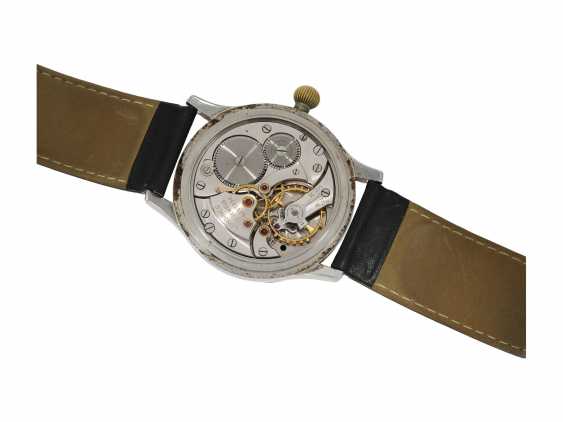 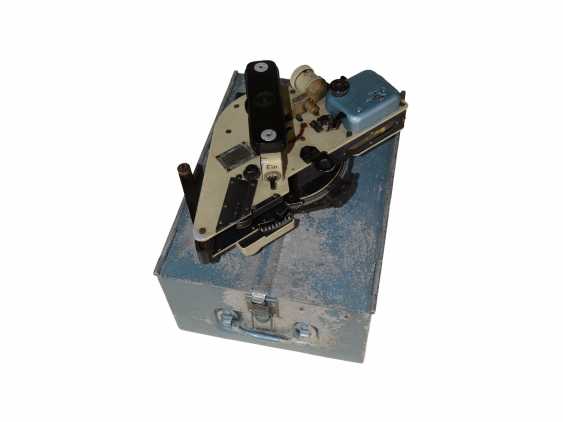 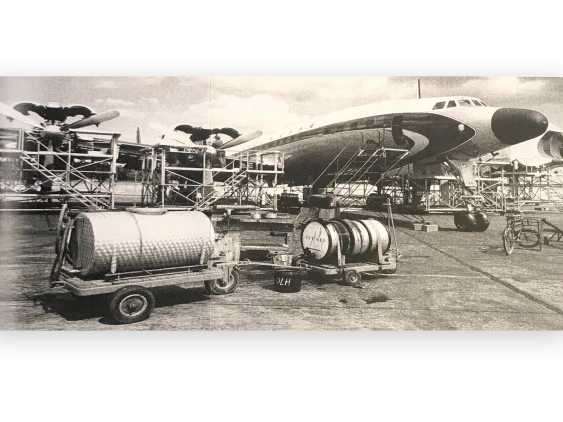 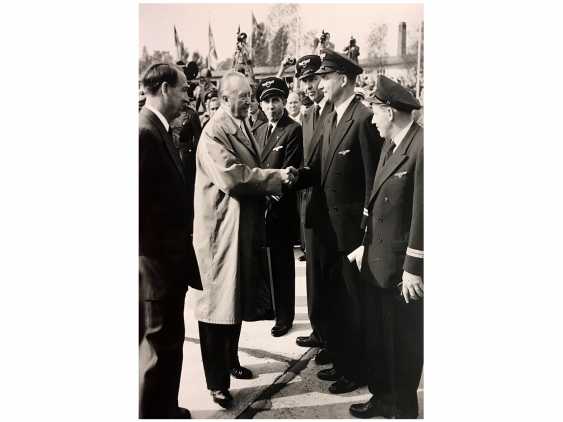 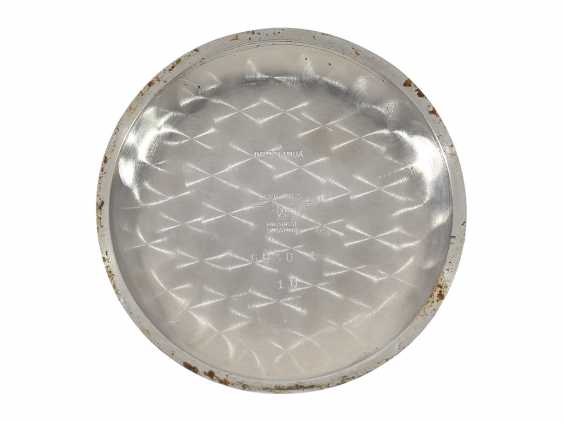 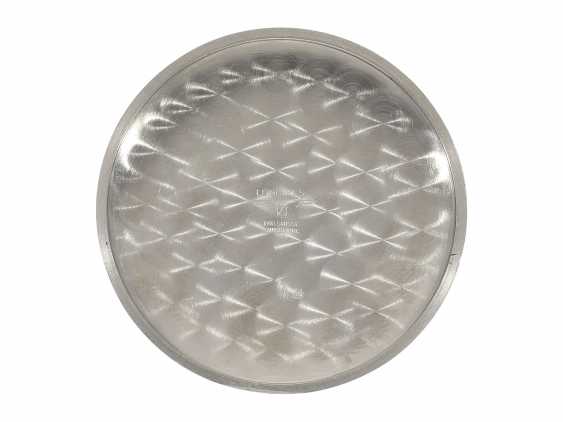 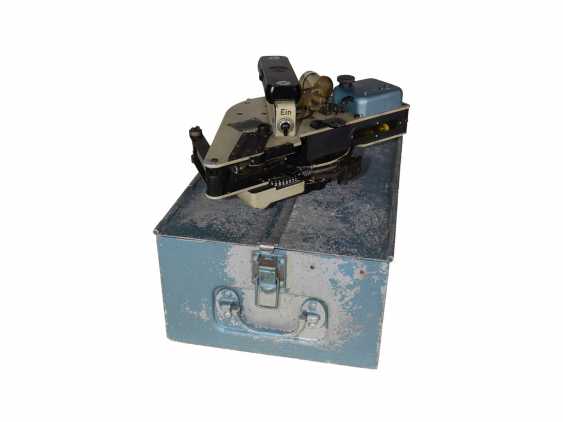 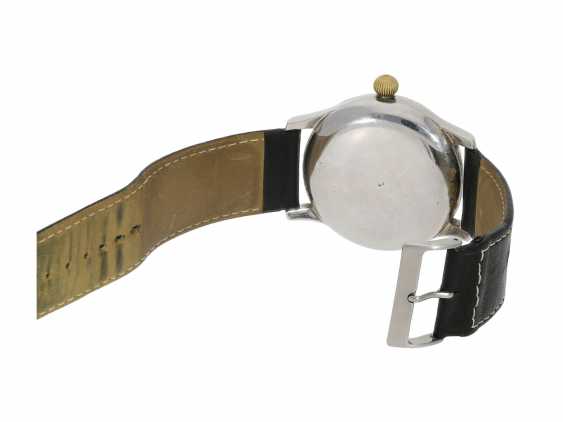 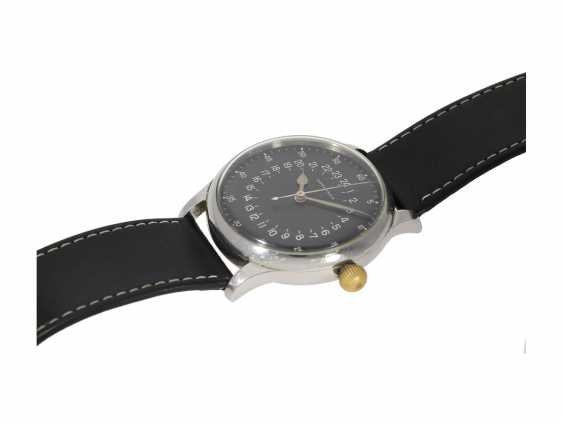 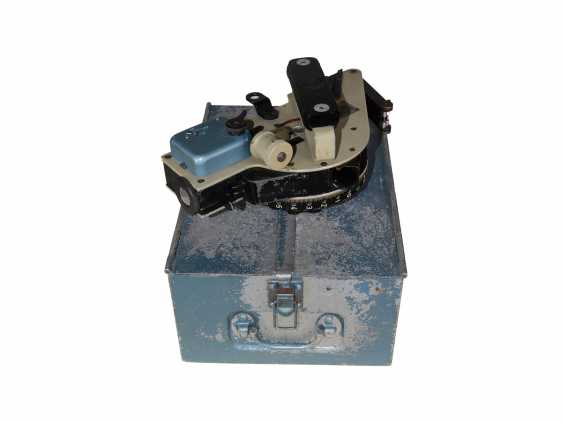 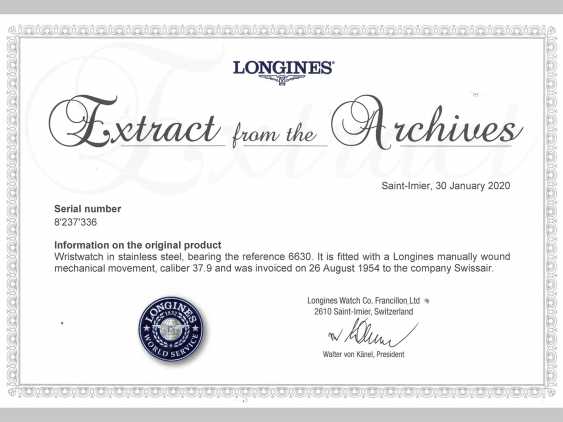 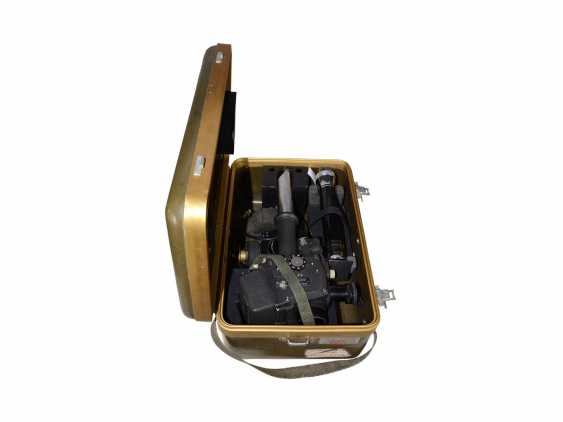 ID 303523
Lot 4265Watch: absolute rarity, unique Navigation Set, one of only 4 known to Longines pilot's watches of Ref.6630-1 and other rare navigation Instruments from the estate of a major Lufthansa pilots, with Longines master excerpt from the book, 1954
Watch: absolute rarity, unique Navigation Set, one of only 4 known to Longines pilot's watches of Ref.6630-1 and other rare navigation Instruments from the estate of a major Lufthansa pilots, with Longines master excerpt from the book, in 1954. The unique navigation-Set from the Longines watch, a Sextant and a Libellenoktant fly is. Pilot's watch: Approx. Ø47mm, stainless steel caseback marked with reference number 6630 1, for additional dust protection of soil, Longines Gehäusepunze, No. 10, hand-wound, calibre 37.9, plant number 8237336, black 24 - hour dial with white numerals, Central seconds, black leather strap with pin buckle, functional and in fantastic condition. The clock comes with a master book excerpt by 2020, which is the originality of the watch confirmed. The watch was sold in 1954 to the Swissair and is a gift from the Swissair of a famous Navigator of the Lufthansa in 1954. The watch was since the gifting has been continuously in the possession of the original owner, Prof. Dr. K. E. K..., Chevnavigator Lufthansa, Membre d'honneur, Inst. Francaise de Navigation, a Honorary Member of the Royal Inst. of Navigation. Prof. Dr. K. E. K... was one of the most important German pilots and navigators of the 20th century. Century Here is an excerpt from the obituary, after his death in 2011: ""Charly," as we pilots called him on Board, went before the war the same way as most of us. He was a glider pilot and was addicted to flying, like many of us. He studied In Cologne In law and a PhD in 1939, and Dr. jur. In the war he was trained to be an observer, flew reconnaissance missions on the FW 200 over the North Atlantic until 1942, the real sky travel commands. Then, the navigation teachers in Strausberg and engaged against the end of the war, with the last Radar and tracking systems of the air force, and allies. He was one of the first navigation teachers of the Lufthansa in 1954, and the first holder of the air traffic in 1955, made it difficult for navigators. At the time, on the flights with the four-engine propeller-driven aeroplanes over the Atlantic, there was no satellite navigation, with GPS as it is today, but it was shot with the Sextant, nor to the stars, a laborious process in the case of instrument flight in the clouds. Also, the pulse measurement at the Loranverfahren, the hyperbolic navigation, was in the case of atmospheric disturbances is often a matter of luck. We as pilots know very well whether or not we had a good Navigator on Board. When we approached to the crossing of the Atlantic, the first Coast beacon, came the Moment of truth, because the " estimate ", the estimated time of arrival, votes had to so that ATC could classify the incoming machines. For Charly, the estimate always agreed with up to the Minute." In 1955, he was the Navigator of the government crew, including the flight to Moscow. It was the negotiation between Mr Adenauer and the then Russian government, in order to get the last of the war prisoners free.In 1956, Prof. Dr. K. E. K belonged to... to the first all-German crew of a Lufthansa TRANS-Atlantic flights. It was after the war, the first flight of the Deutsche Lufthansa to New York. According to Information of the family of Prof. Dr. K. E. K was... as one of the most sought-after navigators also abroad, and has been borrowed by Lufthansa for these inserts"". Among other things, there were also operations for the Swissair. A Highlight in the career of the first flight to Easter island with Lan Chile, with Prof. Dr. K. E. K.. as a Navigator was used, and an award was received. This flight was highly risky. The passenger aircraft could be controlled at this time no alternate airport and more. The Problem was that errors in the calculation of the Route, which would have plunged the machine into the sea, because the fuel would not have been sufficient for a bug out. Already in the 50s, and in the following years published by Prof. Dr. K. E. K.. numerous publications on the subject of "Navigation in aviation". To complement the present pilot's watch that navigation Set from a sextant of the company Plath of Hamburg, in excellent, completely original condition with the original box and an early dragonfly octant, also with original box. Both instruments were located next to the clock on the navigation equipment of the owner and many times were in use. According to the current state of knowledge and information from Longines were probably not made of 100 clocks of the reference 6630. Only 4, including the present watch, are, according to the current state of knowledge in the circulation come. These watches were exclusively to Swissair delivered and were not freely negotiable. It is interesting to note that the present watch is the earliest with the number 10 probably, still preserved at the later series from the year 1955, which was then determined for pilots of Swissair, may be a kind of prototype of the later mini-series, delivered in August 1954! The clock was after the death of the owner untouched in the possession of the family and is now offered for the first time at auction! 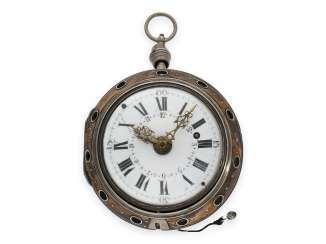 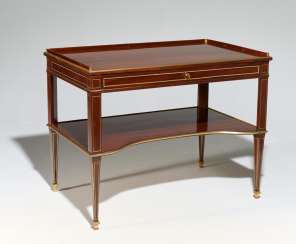 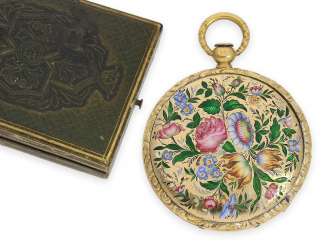 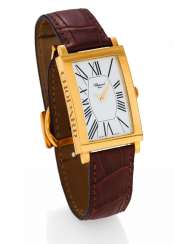 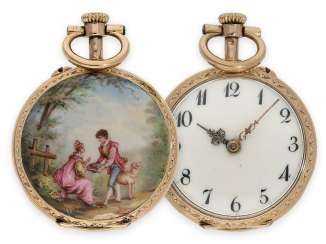 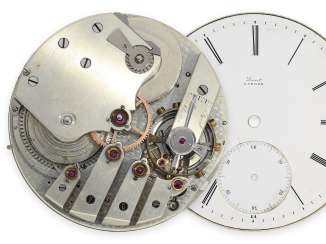 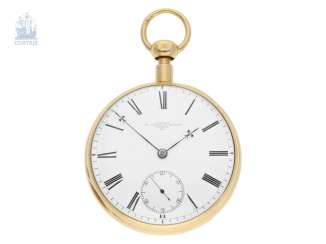 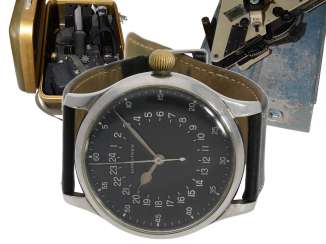 Watch: absolute rarity, unique Navigation Set, one of only 4 known to Longines pilot's watches of Ref.6630-1 and other rare navigation Instruments from the estate of a major Lufthansa pilots, with Longines master excerpt from the book, 1954
€5 000
×