The picture Femme Cubiste by Vladimir Baranov-Rossiné that is offered for sale belongs to the period of his work from the late 1910s and early 1920s, when the “colour utopia” of his sketches seen in the first post- revolutionary years gave way to a desire to achieve a synthesis – a fusion of the colour, figurative and musical principles in a single work.

Sensitive as they were to the onward march of the times – it was the period of the Futurist aspirations, “colour dynamics” found in the canvases of Aristarkh Lentulov, and the “sliding” transfusion of light in Mikhail Larionov’s Rayonism – the works of Baranoff-Rossiné exemplified his skilful adaptation of the artistic resources of the different styles that were then current in the cosmopolitan environment of Paris – Post-Impressionism, Cubism and Cubo-Futurism. In that sense, the Femme Cubiste is one of the most interesting and intellectual pictures that Baranoff-Rossiné painted at the time. The canvas is executed in the late Cubist spirit, with the Cubist deformation affecting not only the background of the painting, but also, in part, the actual body of the model. The pictorial surface of the canvas seems to be splintered or fragmented into separate, multicoloured, geometrical planes that emphasise the pure colours and their tonal modulation.

The dynamic with which the new forms are established causes the birth and then the disappearance – and morphing into an allusion or pattern – of the features of the female figure, which are rendered in the Madame Récamier-type iconography, traditional in classical art. We are dealing here with one of the first conscious examples of Surrealist dabbling with the great museum masterpieces.

The collection in the Louvre in the early 20th century, when Baranoff-Rossiné became thoroughly familiar with it, was already embellished by both of the famous masterpieces – the portraits of Madame Récamier by Jacques-Louis David and François Gérard, who show their model half reclining on a couch with curved backrests of the kind later called a récamier in her honour.

As he builds up his composition, Baranoff-Rossiné synthesises treatments of his French counterparts, reproducing not only the pose adopted by the female figure, but also the plane of the footstool, the motif of the downward-flowing drapes and even the elegant curvature of the couch’s backrest, as seen in David’s picture. Baranoff-Rossiné is conducting a proper avant-garde experiment with these famous portraits, seeking – to paraphrase Alexander Pushkin – to “check with the algebra” of Cubism “the harmony” of classical art and to “dissect like a corpse” the ideal beauty of Julie Récamier, who is disrobed for that purpose. In order to achieve the full effect, the artist uses the motif of a fragmented female figure that is broken down into Cubist planes and that perfectly embodies the ideas, so fascinating to the painter, of “dynamic painting” and “total” musicality, which reinterpreted the principles of Orphism and Cubism.

The distinct features of the work’s imagery reflect the artist’s experience in Paris. But his idols at that point were not so much Sonia Delaunay or Albert Gleizes as Pablo Picasso and Jean Arp. Compared with Picasso’s classically balanced lines, Baranoff-Rossiné’s rhythmic constructs seem quite fragmented; yet the Femme Cubiste displays the artist’s rare ability to coordinate shades of grey, brown and blue (once again echoing David’s picture) that are not only intense in their colour, but are also imbued with a deep-seated glow. Unlike Picasso’s analytical formal constructs, this work illustrates the ornamental layering of a female figure that is split into planes. The canvas displays not only the artist’s individual reinterpretation of Cubism, but also a tendency towards contemplation, a treatment of the subject as an elusive dream.

In his Femme Cubiste, apart from Cubism, the painter also undoubtedly leans towards Surrealism – something that was to become more manifest in his “nude” studies of the second half of the 1920s. Surrealism, which was then more and more forcefully impinging on creative minds, could not, of course, totally eschew the work of Baranoff-Rossiné. Although the painter was merely seen as a disciple of Salvador Dal, Joan Miró and Yves Tanguy in the Surrealist domain, the canvas presented for auction was unexpectedly echoed in a Surrealist masterpiece of the 1950s – René Magritte’s picture Perspective: Madame Récamier by David, which took to its logical and absurd conclusion the main idea behind the Femme Cubiste – the demise of the principles of classical art in the 20th century 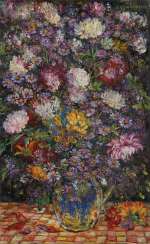 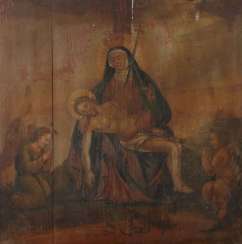 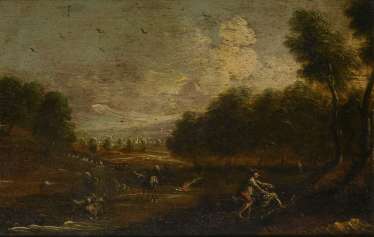 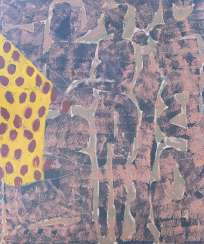 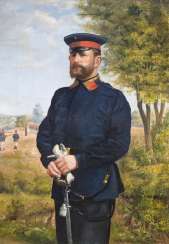 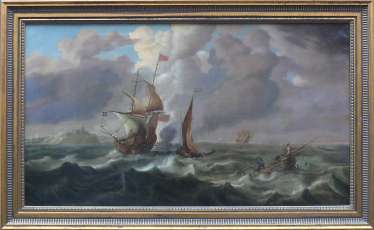 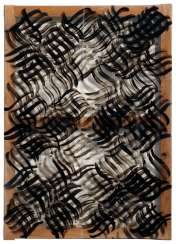 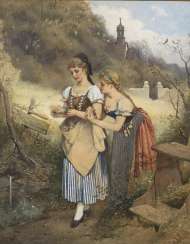 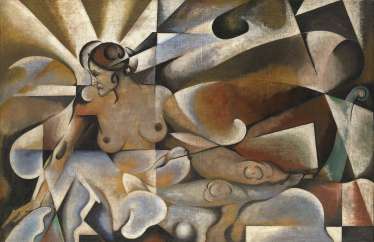