Lot 677. Bavaria: deed estate of the Lieutenant-General and pilot-observer-officer in the field plane-Department 6b. 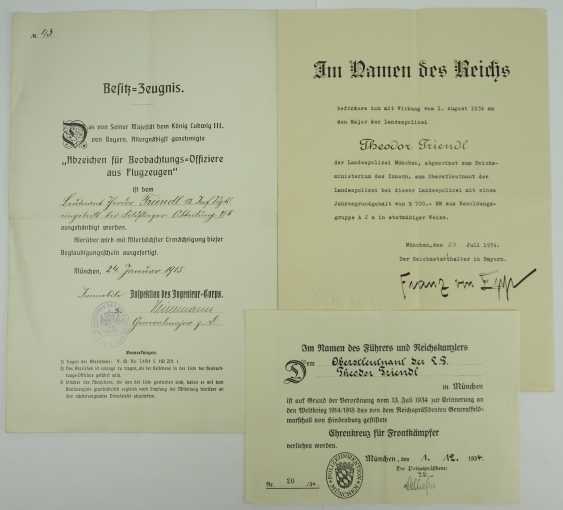 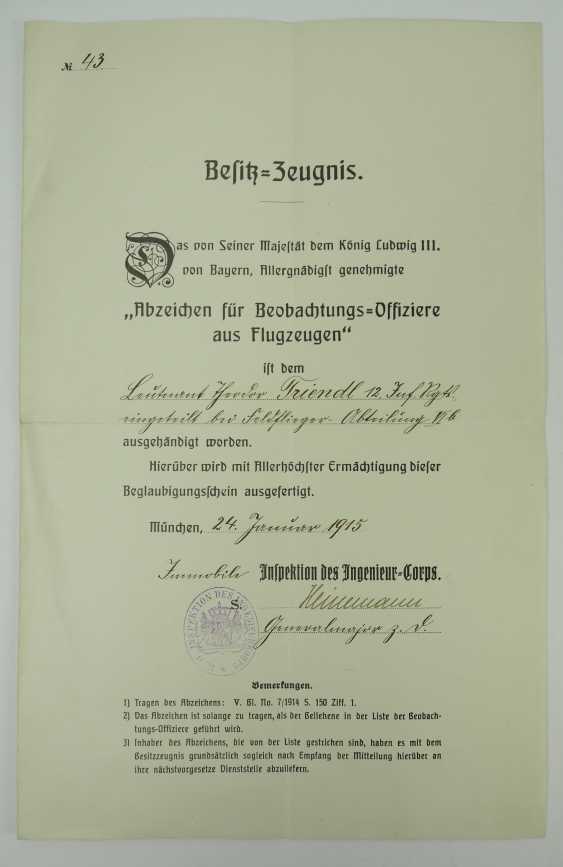 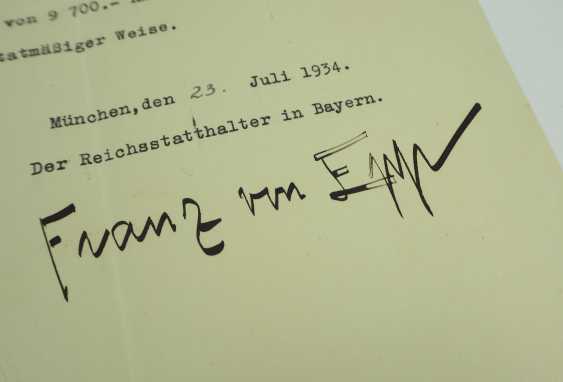 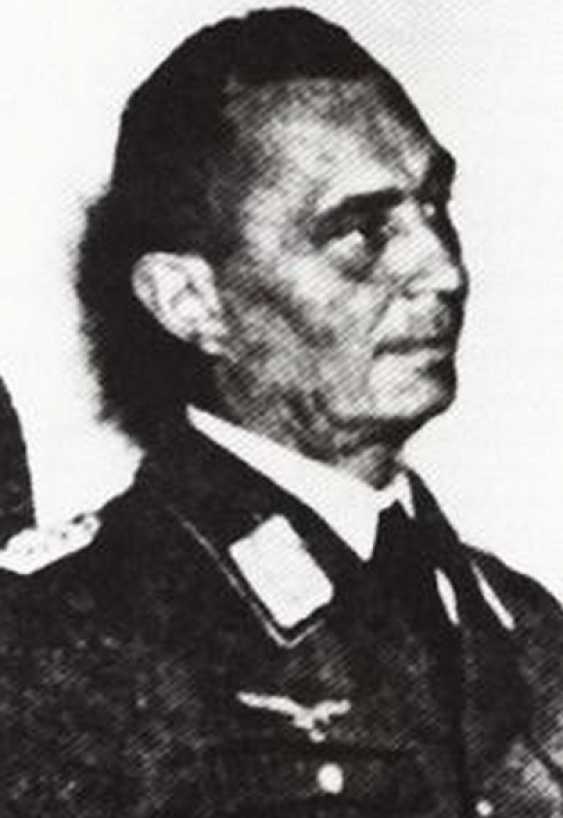 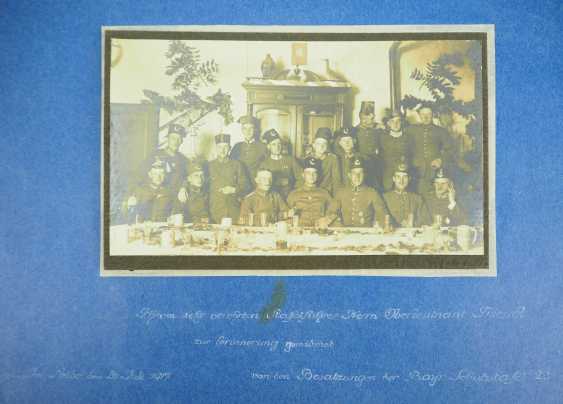 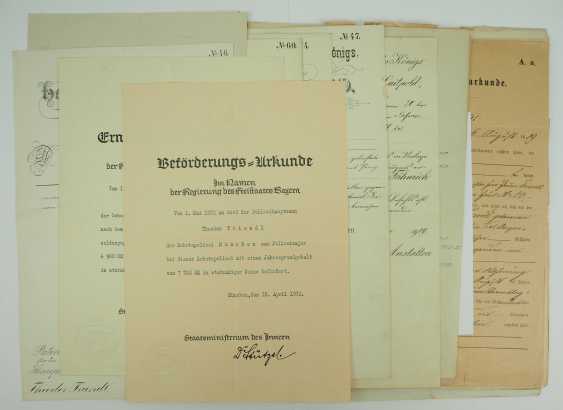 ID 282883
Lot 677 | Bavaria: deed estate of the Lieutenant-General and pilot-observer-officer in the field plane-Department 6b.
Bavaria: deed estate of the Lieutenant-General and pilot-observer-officer in the field plane-Department 6b. Certificates: - badges for monitoring officers from the aircraft (Munich, 24.1.1915, and Original signature of Gen. Maj., double sheet reference no. 43), - cross of honour for front fighters (Munich, 1.12.34, FU), patents: - the Colonel of the state police (Munich, 23.7.34, and Original signature of Franz von Epp's) Lieutenant, police major (Munich, 18.4.32, OU), - police man (Munich, 21.10.31, OU), - captain (Munich, 30.7.20, OU), - Lieutenant (Munich, 1.6.1915), - Lieutenant (Munich, 23.10.1910, OUs), - ensign (Munich, 7.3.1909), certificate of maturity (22.2.1909, OU), Documents: reminder photo of the Bayr. The protection relay 22, wt. Their leader (20.7.1917), - assessment of the art. squadron 121, - 7 individual assessments, extensive additional documentation. In 1908, he joined as a cadet in the Royal Bavarian army, and was at the outbreak of war, first Adjutant of the replacement-battalion of the 12th century. Royal Bavarian Infantry Regiment "Prinz Arnulf". Thereafter, he completed the observer training and was assigned to duty as observation officer in the field Flieger-division 6b and, later, as a leader of several pilot units. In addition to the Iron Cross of 1. and 2. Class he was loaned with the knight's cross of the house order of Hohenzollern with swords. After demobilization, he joined the Freikorps Epp and went over to the police, because he wasn't part of the 100,000 man army. From June, 1936, he was then, now as a Lieutenant Colonel, part of the air force. In October of the same year he was entrusted with the command of the flying replacement division 34. In July 1938 he became the quartermaster of the air section-command XIII in Nuremberg. At the beginning of the war he was commander of the air group 12/13 and starting in December 1942, the inspector of the military inspection Schwerin, where he on 1. April 1943 to Lieutenant General has been transferred. He died on 16. June 1962 in Garmisch-Partenkirchen. Condition: II 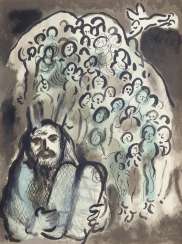 GREW, Nehemiah (1641-1712) - Musaeum Regalis Societatis, or a Catalogue & Description of the Natural and Artificial rarities
€380 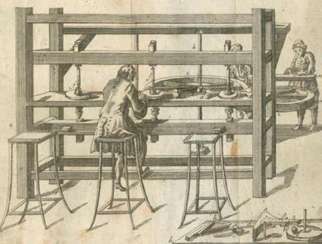 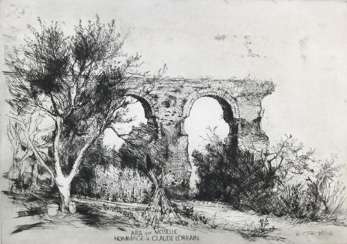 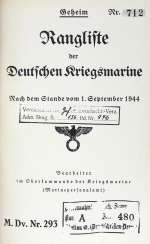 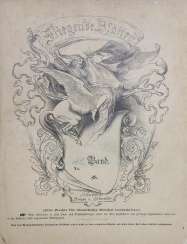 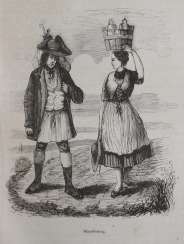 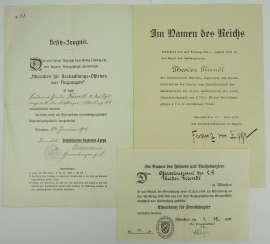 Bavaria: deed estate of the Lieutenant-General and pilot-observer-officer in the field plane-Department 6b.
€500
×