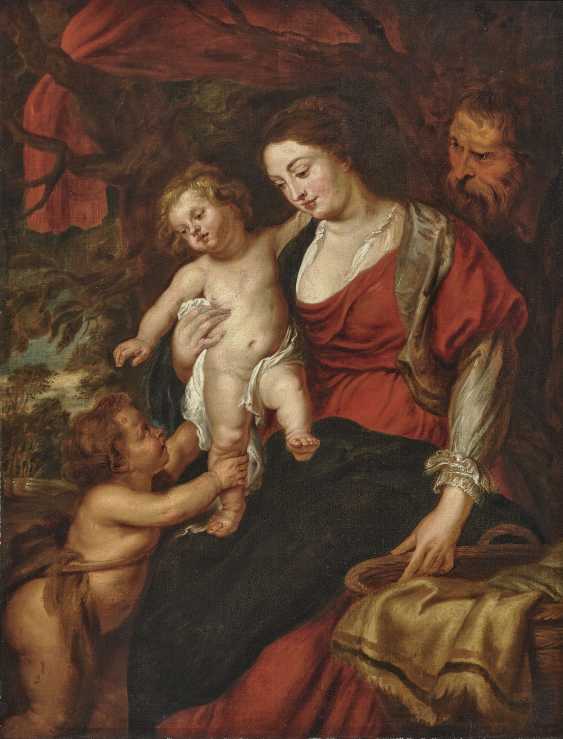 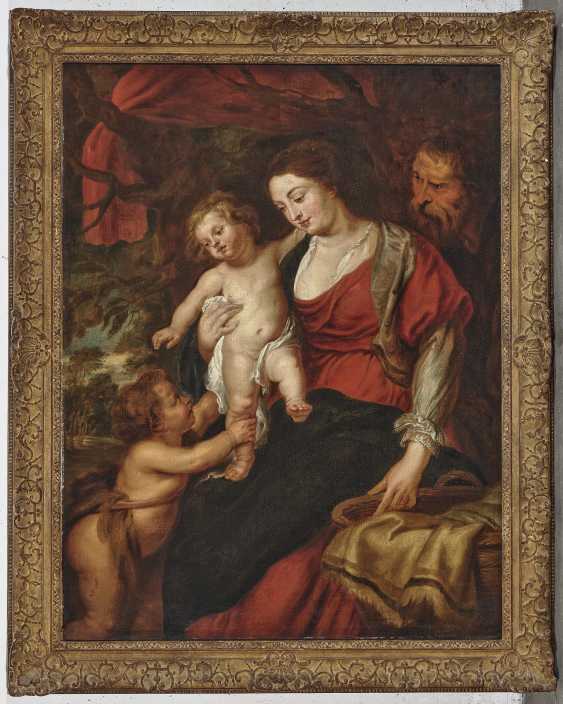 ID 301667
Lot 181Rubens, Peter Paul, Nachfolge. The Holy family with Saint John
Oil on canvas, 146,5 x 112. Doubled. Restoration. Frame. As the original paintings of Peter Paul Rubens, 1993, Agnew's, London, was offered, a compositionally very similar representation of the "Holy family with Saint John" (originally from the 1947 auctioned collection of the Earl of Halifax, then the collection of the Conde Matarazzo, São Paulo, and later George Wade, England). This painting is a study of Rubens' in English possession. Cf. to this: Held, Julius S. The oil sketches of Peter Paul Rubens. A critical catalogue. Bd. 1. Princeton, 1980, p. 506, catalog no. 370 (with panel 362 in Bd. 2). There is also mention of the above painting. Dr. Fiona Healy Mainz, the author of the in the pipeline 4. Volume of the Corpus Rubenianum, "The Madonna, Holy Family, Life of the Virgin, the Trinity", the present painting as a copy after the above-mentioned work of Rubens' in this nuance Müller-Hofstede's assumption that it is our painting, a work from the workshop of the master, not you. Provenance: The painting was in the year 1976 by the "house of the good antique Gebr. D. & W. Berlinghof offered", Heidelberg, on behalf of customers as an authentic work of Peter Paul Rubens. A time to be mentioned in opinion of Hans-Georg Evers, Darmstadt, 22. In August 1975, is not received. Cf. World art, 15. May 1976, P. 1029: Ad Gebr. Berlinghof with the figure and description of the painting. - In 1985 the purchase of the painting was made by a southern German private collector as a work from the workshop of P. P. Rubens. - Private property. Report Prof. Dr. Justus Müller-Hofstede, Bonn, 16. December 1984: as a work from the workshop of Rubens. We would like to thank Dr. Fiona Healy, Mainz, and colleagues in the Rubenianums in Antwerp for your kind support in cataloging. 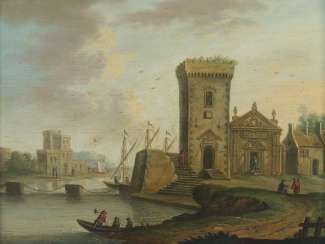 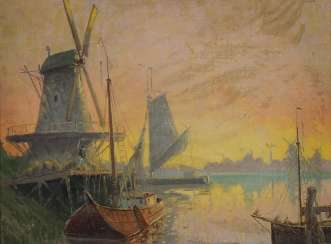 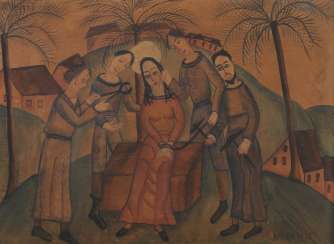 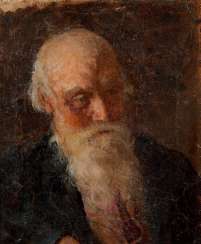 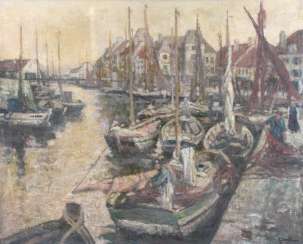 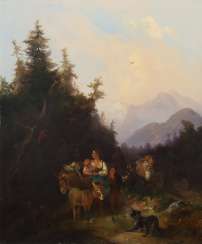 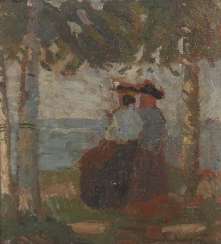 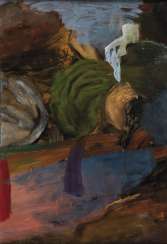 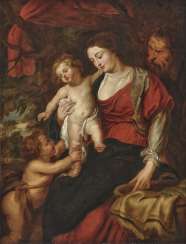