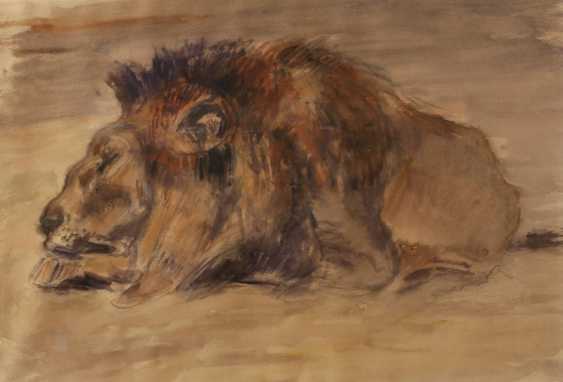 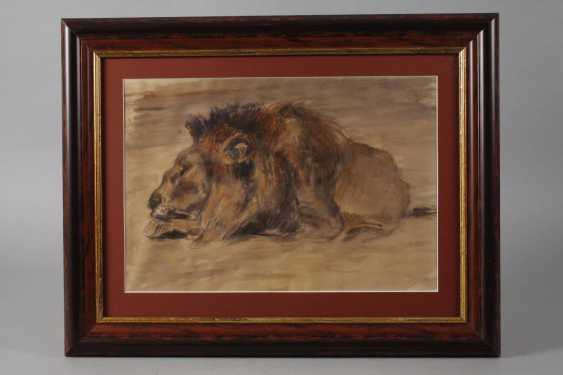 ID 293067
Lot 3961Fritz von Heider, attributed to the Dormant lion
Fritz von Heider, attributed, Resting lion, dosing lion, lying on the ground, watercolor, circa 1920, back-framed-side excerpt from Thieme-Becker/Vollmer, slight traces of age, under passe-partout behind glass, passe-partout cutout approx. 29 x 42.5 cm. Artist info: actually, Friedrich Maximilian von Heider, dt. Animal and genre painter, ceramist and graphic artist (1868 Munich until 1947 Oberaudorf/Bavaria), son of Maximilian von Heider, and by 1884, students of the private school from the Heinz home, in parallel, independent of employment with the practical and theoretical aspects of ceramics, studied 1889-90 at the Academy of Karlsruhe with Hermann Baisch, Conn. independent animal studies, studies in 1895 at the Academy in Munich with Heinrich von Zügel, ceramic training in the workshop of his father and in 1898, in the workshops, in Schongau am Lech, fed from 1893 onwards, the exhibitions of the Munich secession, and in 1897, the glass Palace, 1901-32 worked as a teacher, starting in 1915 as a Professor at the Kunstgewerbeschule Magdeburg, Germany, in 1912, a founding member of the art Association "Börde", exhibitions in Vienna, St. Petersburg, Berlin, Dresden, Paris, Turin, St. Louis and Brussels, a member of the German Werkbund, active in Magdeburg, source: Thieme-Becker. Jansa, Dressler, student of the Munich Academy and the Internet.

Westerwald stoneware jug with incised decoration 2. Half of the 19th century. Century
€100 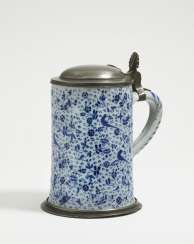 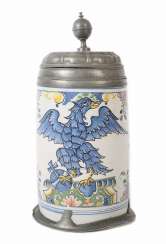 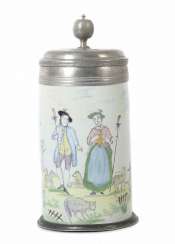 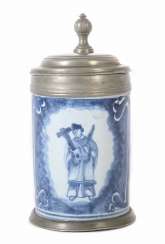 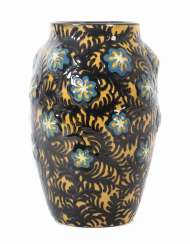 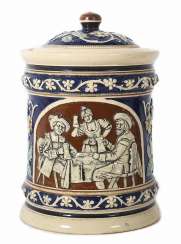 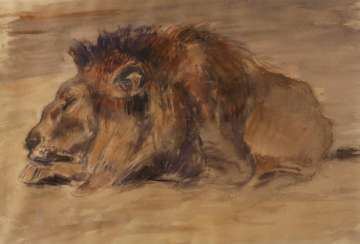