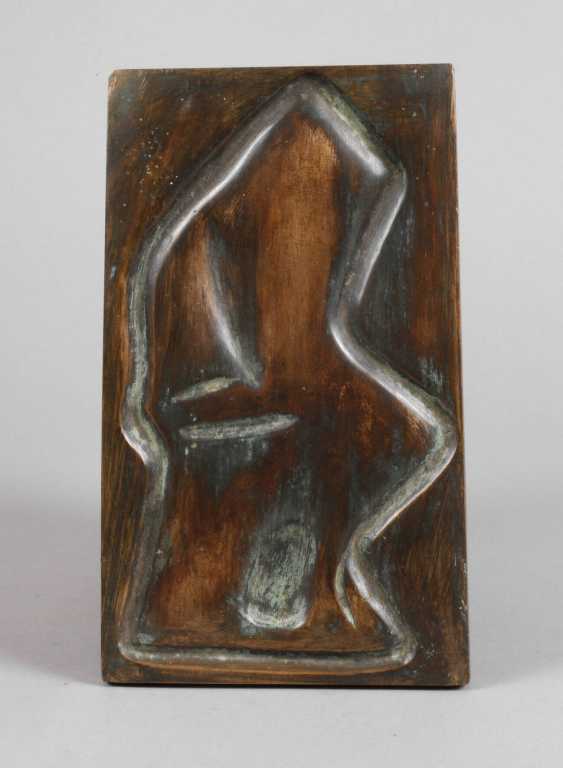 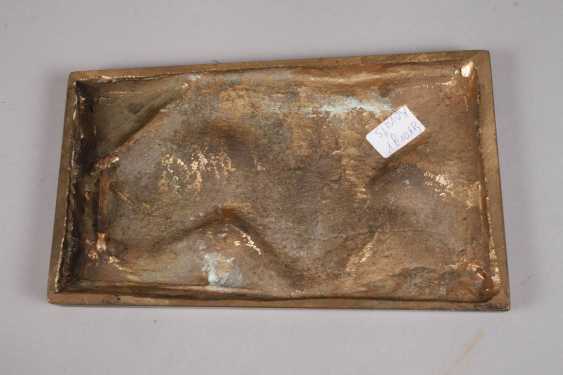 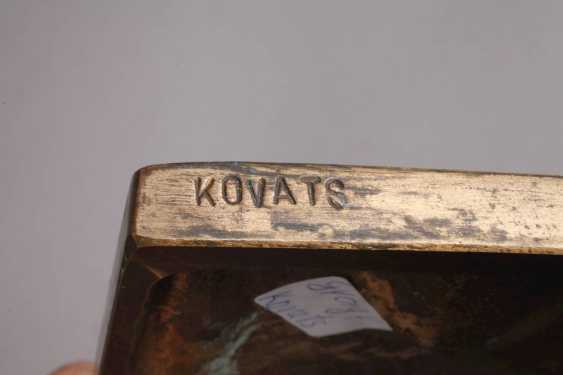 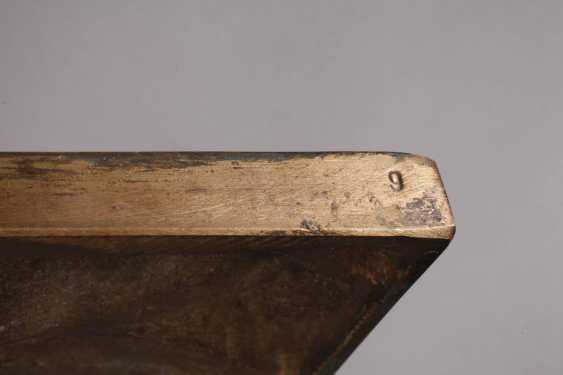 ID 292918
Lot 3758George Kovats, abstract bronze plate
George Kovats, abstract bronze plate mid 20's. Century, signed, stamped number 9, Bronze brown patina, smooth bronze plate with recessed abstract lines and forms, in the recesses grünspanig, dimensions H 23.5 x W 14 cm. Artist info: sculptor (1912 Cluj-Napoca to 1997, Gauting/Munich, Germany), was in 1927 in Bratislava, in the case of Alois Rigele and attended a humanistic high school, attended from 1931, the art school in Vienna, starting in 1933, the art Academy in Budapest in 1935, the Academy of arts in Dresden under Karl Albiker, travelled to Rome and Paris, and from 1938 at the art Academy in Berlin under Richard Scheibe, was a member of the circle of friends of the Atelier house, monastery road, Berlin, together with Ludwig Kasper, Käthe Kollwitz, Gerhard Marcks, and Werner Gilles, lived and worked from 1945 in Gauting near Munich as a sculptor, from 1948 on a scholarship in Paris, of the French high Commission, between 1950 and 1955, repeated in Paris and the North of France, was a member of the circle of artists Montouge, from 1956 in Darmstadt, Germany, a resident of a member and on the Board of the New Darmstadt secession, study trips to Italy and Greece, 1955-1997 regular participation in the exhibitions of the "Deutscher künstlerbund", the Rheinische secession and the New Darmstadt secession. Source: Internet. 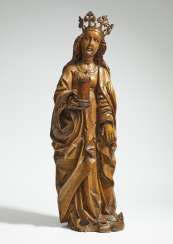 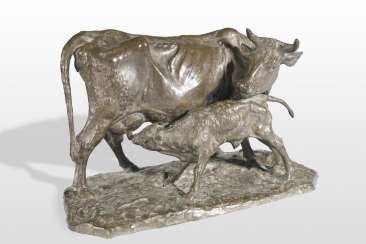 Expressive Bronze of a cow with calf
€600 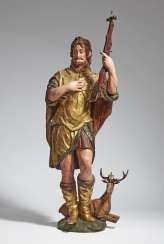 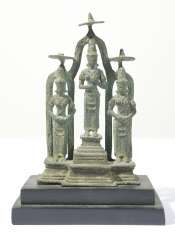 Stehemde Hindu deities in a group of three
€300 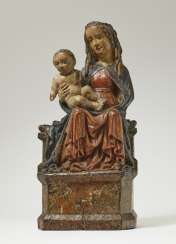 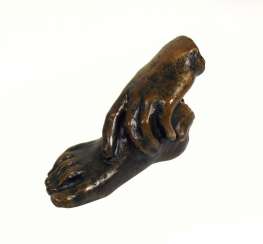 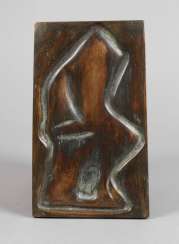