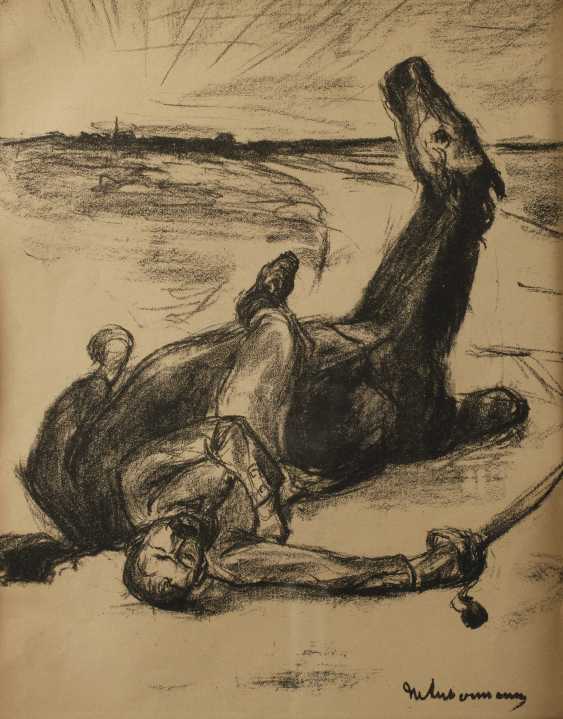 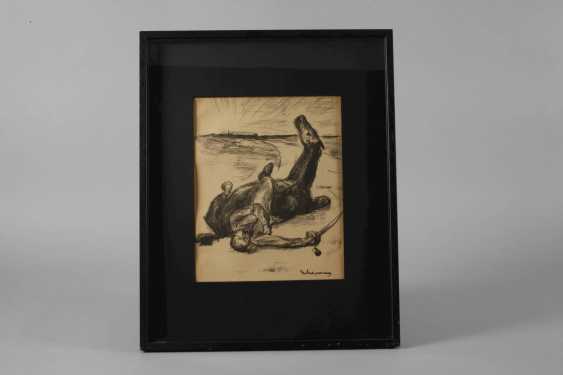 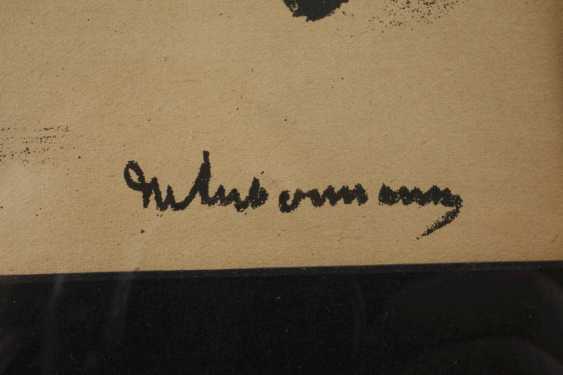 ID 292972
Lot 3833Max Liebermann, Fallen Soldier
Max Liebermann, a Fallen soldier with his horse gegilbt fallen and wounded soldier in a flat landscape, crayon lithograph, 1914, the paper, under passe-partout behind glass framed, passe-partout cutout approx. 30 x 24 cm. Artist info: dt.-Jewish painter, graphic artist and Illustrator (1847 Berlin-1935 Berlin), first to a paternal desire from 1866 to study chemistry at the Friedrich-Wilhelm-University of Berlin, parallel 1866-68 Students of Carl Constantin Heinrich Steffeck, 1868 Withdrawal from the University, studied 1868-72 at the Academy of Weimar in the case of Paul Thumann and Ferdinand Wilhelm Pauwels, with Theodor Hagen in 1871, trip to Düsseldorf, here influenced by Mihály Munkácsy, then study trip to Amsterdam and Scheveningen, 1873-78 Atelier in Montmartre in Paris, and stays in Barbizon, 1875 travelling to Zandvoort and Haarlem in the Netherlands, 1876 to Amsterdam, 1878 trip to Italy with a stay in Venice, here Meeting with Franz von Lenbach, then in Munich and, starting in 1979, to his frequent stays in the Dachauer Moos, Rosenheim, and in the Inn valley, in 1880 in Dongen in Brabant and again to stay in Amsterdam, the result was his famous painting "old man house in Amsterdam," in light painting, which established his artistic success and for the first time, "Liebermann's sun spots" had, in 1884, returned to Berlin, 1884 wedding with Martha Marckwald and honeymoon over Braunschweig and Wiesbaden to Scheveningen, Laren, Delden, Haarlem and Amsterdam, in 1885, a member of the Association of Berlin artists, fed from 1886 by the Berlin Academy exhibitions, and in 1889 was appointed to the Jury of the Paris world exhibition, here, medal of honor, and the inclusion in the Société des Beaux-Arts, 1892 a member of the group of artists "Union of the XI" in 1892 a founding member of the "Free artists Association", 1896 Paris stay and honour as a knight of the Legion of honor, 1897 personal exhibition in the Academy of arts and honored with the Great Golden medal and the title of Professor in 1898, the recording in the Academy of arts, In 1898, a founding member and later, until 1911, President, then honorary President of the Berlin secession in 1909, the establishment of the country of residence on the Wannsee, in 1912, honored with the orders of the House of orange, a member of the Senate of the Academy of arts, honorary doctor of the Berlin University, and an honorary member of the academies of art in Munich, Weimar, Dresden, Vienna, Brussels, Milan and Stockholm, in 1914, the outlet from the Berlin secession and the formation of the "Free secession", delivered in 1. World war contributions for the magazine "war – time Artist flyers" by Paul Cassirer, from 1916, first illustrations, in 1917, to be awarded the Red eagle order III. class by Kaiser Wilhelm II., 1920-33 President and honorary President of the Academy of arts, 1927 honorary citizen of Berlin, honored with the "eagle shield of the German Reich" by Paul von Hindenburg, in 1933, Withdrawal of all Offices, source: Thieme-Becker, Vollmer, Dressler, Wikipedia and the Internet. 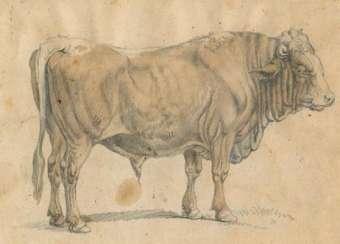 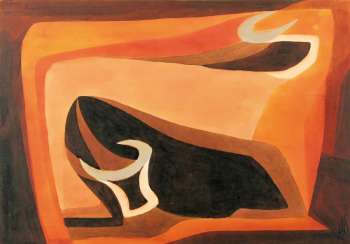 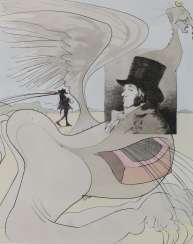 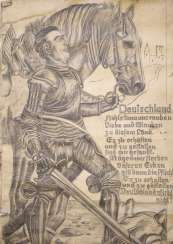 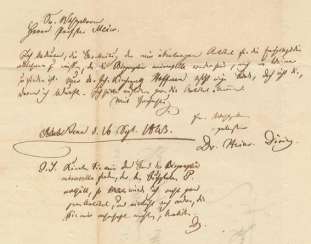 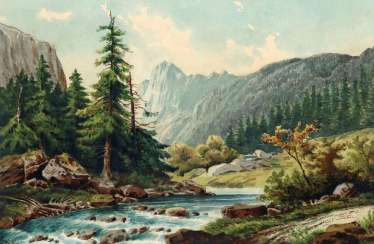 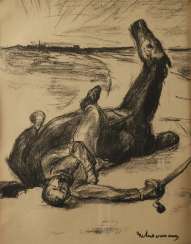