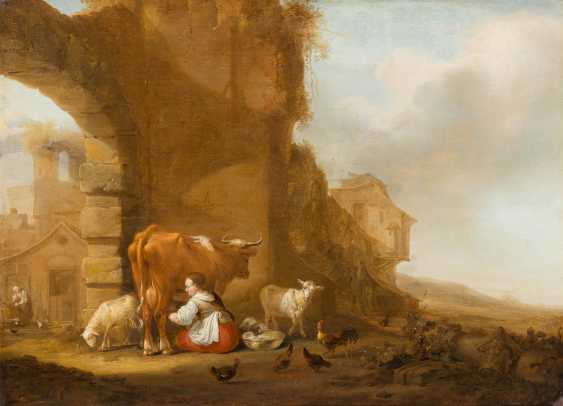 ID 114591
Lot 2171 | NICOLAES BERCHEM 1620 Haarlem - 1683 Amsterdam
ITALIAN LANDSCAPE WITH COW MELKENDER FARMER
Oil on oak wood panel. 48 cm x 66 cm (frame 69 cm x 86 cm). In the middle signed and dated 'Berghem. 164[7]'. Verso: Two old labels, hand-written means, with the inventory number '143'. Min. rest., back reinforced side partially. Frame.
Nicolaes Berchem, actually, Claes Pietersz, was the son of the style painter Pieter Claesz (1597-1660), the Painting taught him at an early age in life. His later education, he continued at the painters Jan van Goyen, Claes Moeyaert and Pieter de Grebber. 1642 is Berchem is a member of the Haarlem Guild of Saint Luke, and in 1646, he married the daughter of the painter Jan Wils. Not clear whether Nicolaes Berchem actually took a trip to Italy. Around 1650, traveled to the painter Jacob van Ruisdael to Westphalia in the Rhine region; the research assumed that between 1651 and 1653, made in the course of a trip to Italy. It is as well that the artist painted in this period depictions of Italian landscapes. Berchem belongs to the second Generation of Dutch painters, which were, after a trip to Italy southern landscapes and the simple rural life, idealized romantic. In the early period Berchems the color palette is limited to Yellow and brown tones, influenced by his teacher, Jan van Goyen. Probably his color palette differentiated, after his sojourn in Italy. The great Oeuvre of the artist includes mythological and religious scenes, genre scenes, and a variety of pastoral, Italy paintings style landscape, which are revived from the idyllic hustle and Bustle of shepherd and shepherd of the interior, as well as of their flocks. Berchem immersed pastoral scenes in a warm, Golden light, and emphasized to an idealized image of man and nature in harmonious unison. Even in this, probably before his trip to Italy, created and signed painting of Berchem impression captures the tranquil rural life, in the midst of a re-populated ruins backdrop. The light gently falls on the Central scene of cow milking farmer's wife, which is surrounded by two sheep, poultry and one from a metal bowl drinking cat. In the left image the background is a stone arch opening to a further work at the end of a farmer in front of a hut. To the right in the picture column and capital fragments of past times, witness and lead in a distant landscape. As a sought-after teacher, including Pieter de Hooch and Karel Dujardin, and Jacob van Huchtenburg were among his pupils. 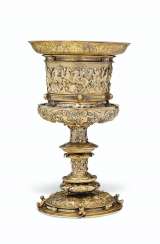 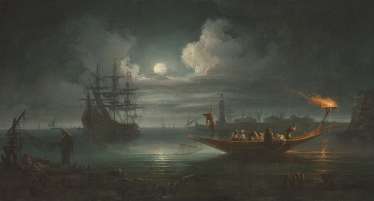 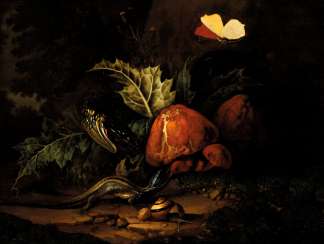 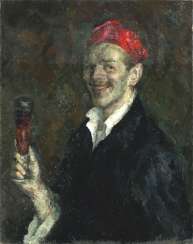 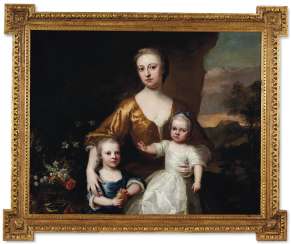 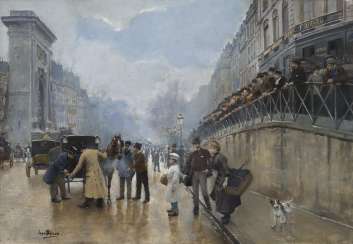 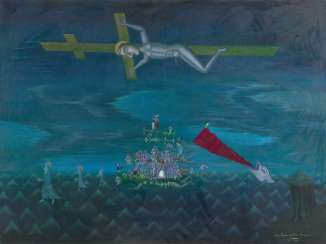 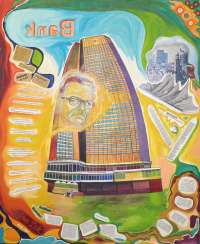 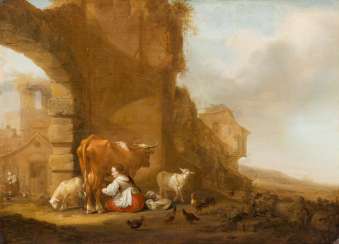