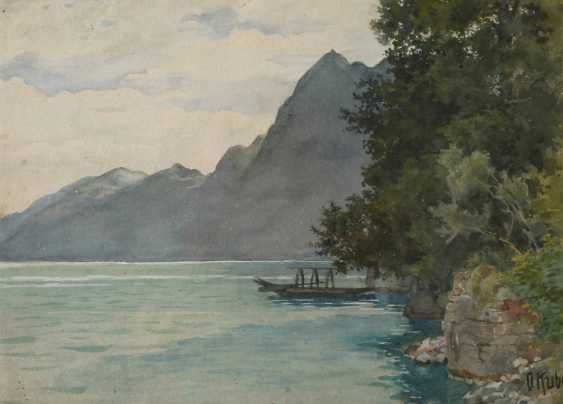 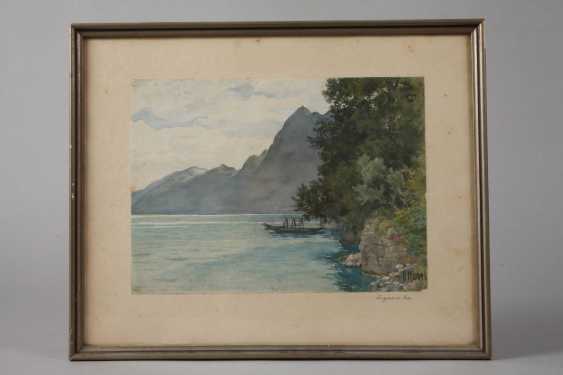 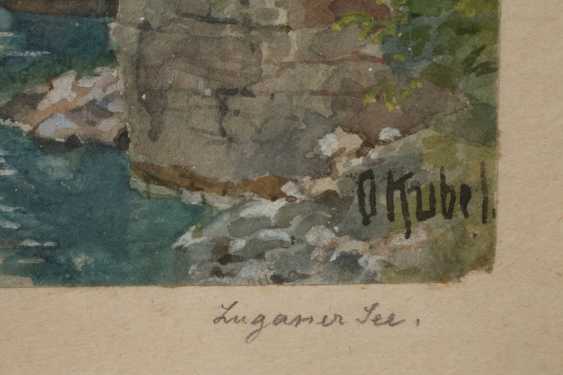 ID 293090
Lot 3984Otto Kubel, "Luganer See"
Otto Kubel, "Lugano lake" view from the vegetated rocky shore on the surrounding mountains, the lake, watercolour and opaque white, 1. Half of the 20. Century, right at the bottom O. Kubel signed".", on the underlay carton Lugano lake", small traces of age titled "behind glass framed, sheet dimensions approx. 18 x 24.6 cm. Artist info: dt. Painter, scissors, cutter, animator, book designer and Illustrator, as well as artisans (1868 Dresden until 1951, Fürstenfeldbruck, Germany), visit the arts and crafts school in Dresden, then as a book commercial artist in Leipzig and as an artisan in Munich, Germany, from 1895 to study at the Academy in Munich with Wilhelm von Diez and Paul Hoecker, working as an Illustrator for children's and fairytale books, 1902-22 in Bruck/Fürstenfeldbruck resident, from CA. 1905 study of the painting, a member of the Munich artists co-operative, in the Reich Association of visual artists of Germany and the southern German Illustrator of the Federal München, fed exhibitions at the Munich glass Palace and the Great Berlin art exhibition, and 1938-42 the Great German art exhibition in the house of German art in Munich, working in Munich, Fürstenfeldbruck and Partenkirchen, source: Thieme-Becker, Dressler, student of the Munich Academy, Miller-Singer, Bruckmann, "Munich painters of the 19th century./20. Century", Bénézit, Saur Bio-Bibliographisches lexicon and the Internet. 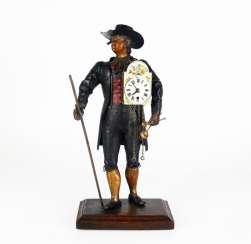 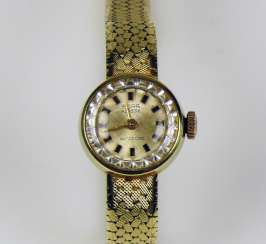 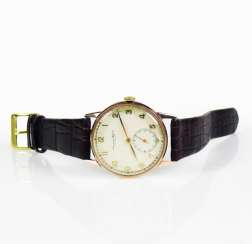 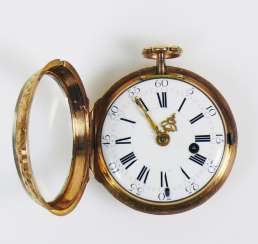 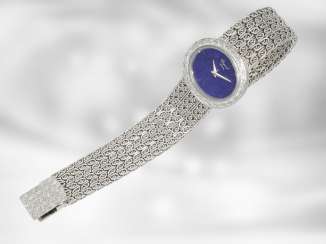 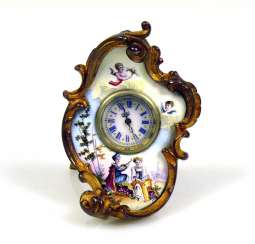 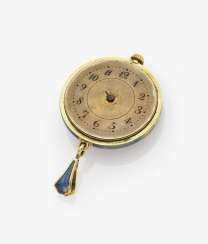 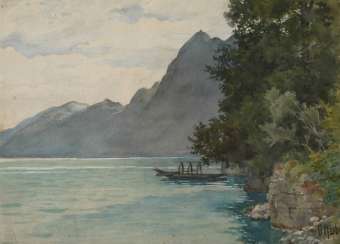