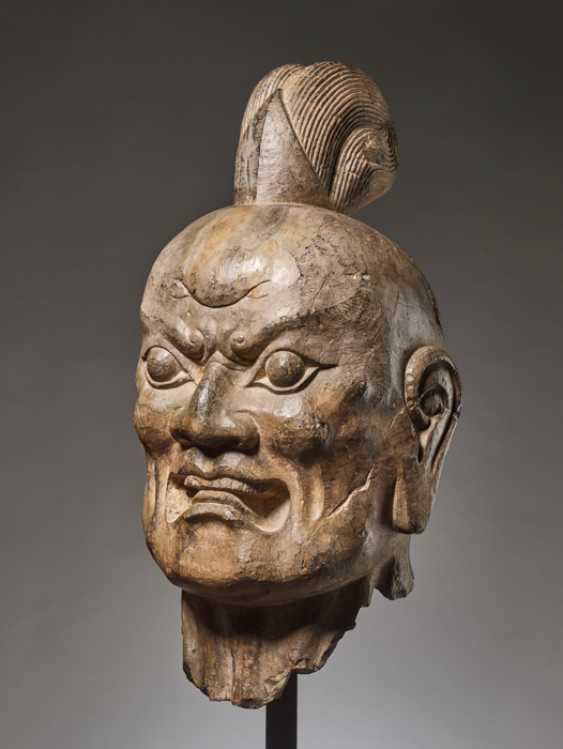 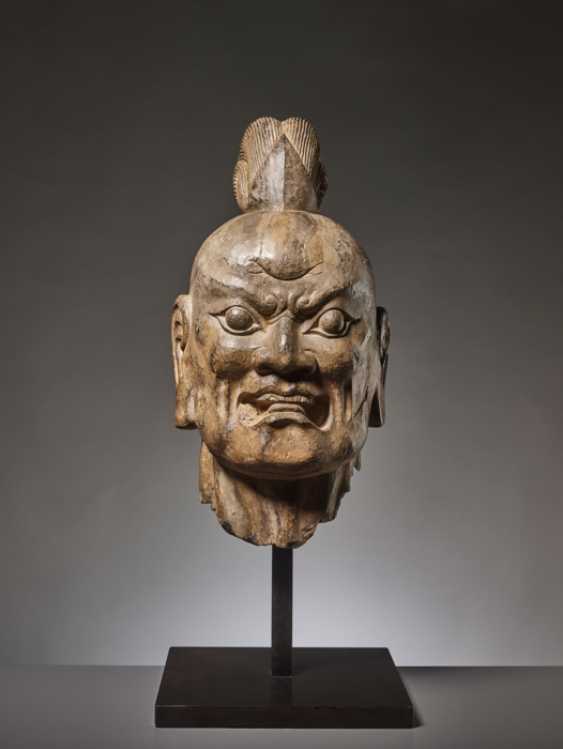 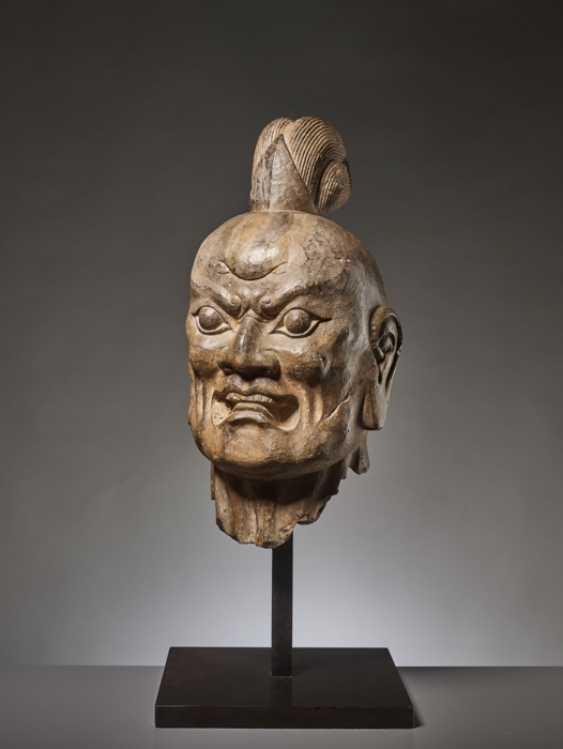 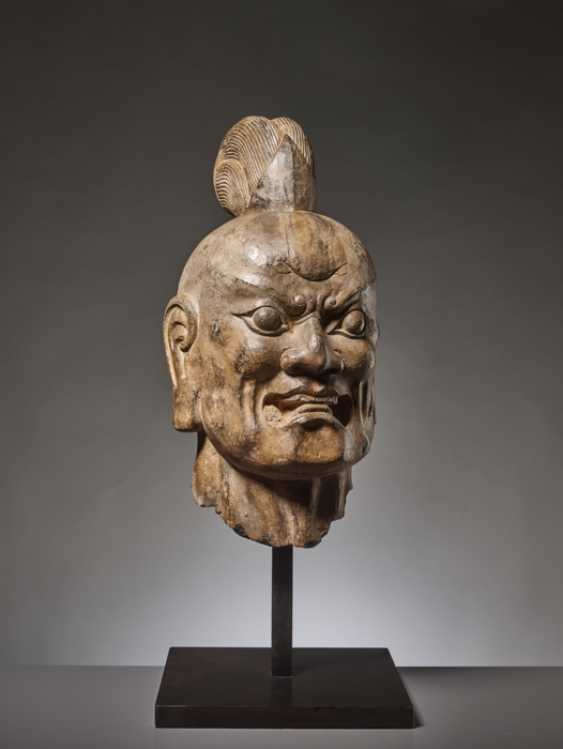 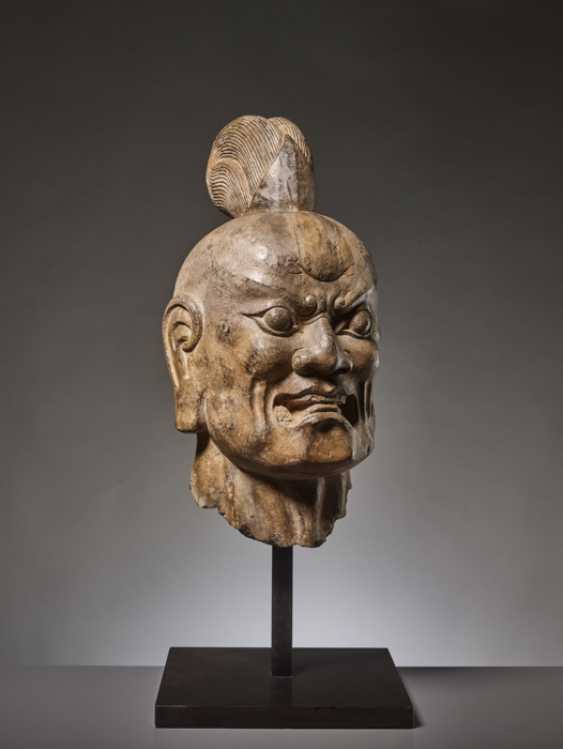 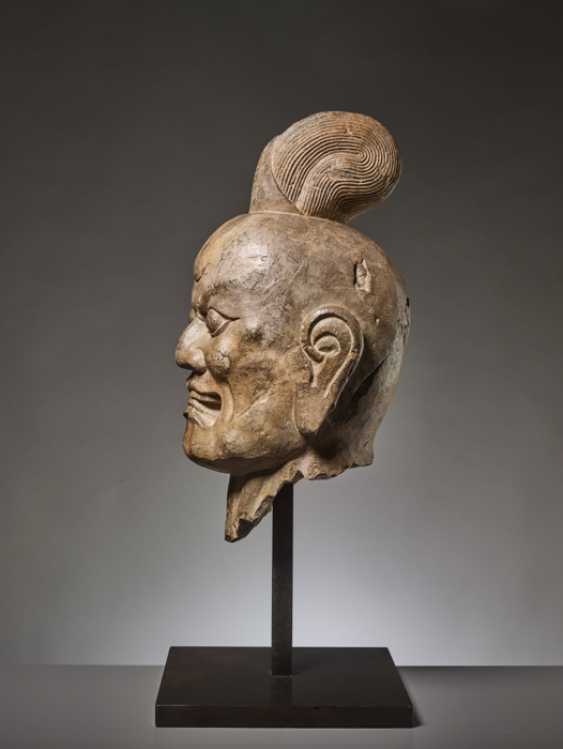 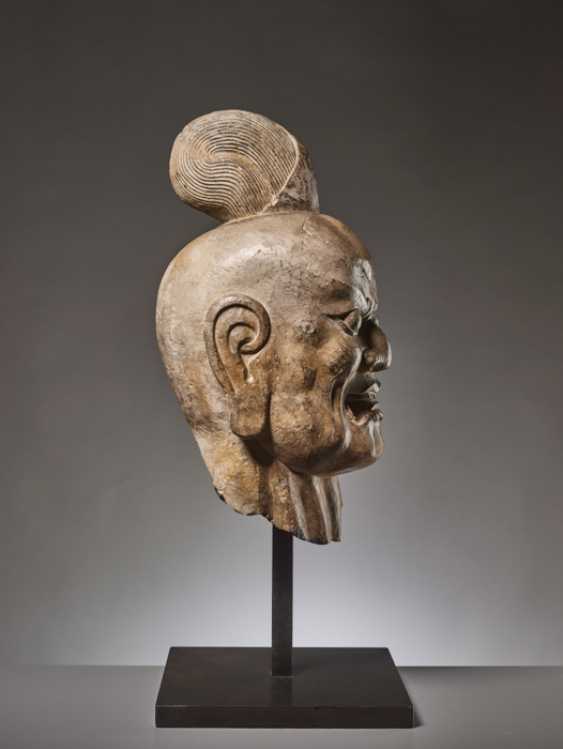 ID 7215
Lot 55OVER-LIFESIZE LIMESTONE HEAD OF A TIANWANG GUARDIAN GOD, CHINA, TANG DYNASTY
Sculpted and carved massive limestone with a rich and even age patina. The extremely heavy head is mounted on an elegant metal base.. China, Tang dynasty (618-907)

This head, very unusual in the power of its expression, is that of a Tianwang. These are the temple guardians who were originally demon kings that converted to Buddhism and were made guardians of holy sites. As this head alone makes impressively clear, their appearance is powerful and extremely athletic. The precise depiction of the facial expression in its complete concentration on the greatest possible vigilance is of great artistic quality and has been reproduced with a rare degree of intensity. These Tianwang, literally “heavenly kings” are a quartet referred to as the Sida Tianwang _ _ _ _ – the “Four Great Heavenly Kings” – as well as the “Diamond Kings”, the Jingang, _ _, literally “precious and hard”. This means that while they themselves can wound others, they cannot be wounded. The Tianwang have bodies and faith “as strong as steel”, something which this head makes convincingly clear. Because it lacks attributes it cannot be identified by name. While they are less directly honored – compared to the Buddha, the bodhisattvas etc. – they are still elementary figures, portrayed in Chinese mythology as guardians located on the four corners of Mount Meru, the center of the cosmos, where all four have their palaces. This head has a tall shock of hair which emerges like a waterfall and is held together by a prominent piece resembling a sharp blade. The interplay of the expressive shapes of the almost screaming, open mouth, the dynamic arched eyebrows (with small volutes in the region around the nose’s bridge), the suspiciously raised forehead wrinkles and this “blade” is dramatically executed.

Shape: Sculptural
Dimensions: Height 56 cm (without base).
Condition: While certain signs of its old age are, of course, present, this head’s very complete preservation is impressive. One major dent to the backside. Minor chipping here and there, wear, some hardly visible surface scratches.
Provenance: This sculpture has been in the collection of a French noble family since at least 1967 and is documented in the collection’s records with a hand-drawn study (see illustration). The collection’s original roots go back to Évariste Regis Huc (1813 – 1860), a French missionary and discoverer who became widely famous for his travels through Mongolia, Tibet and China. Reaching Lhasa in 1846, he was probably also the first European to do so. Huc laid the foundations to the collection in question, which was systematically inventoried and documented in 1967.
Literature comparison: Comparable examples can be found in “Complete Works of Statues in Longmen Grottoes”, Beijing 2002, ill. 28 to 30; in “Ancient Chinese Buddhist Sculptures”, Taipei 1989, no. 9; or in “Chinese Buddhist Stone Sculptures – Veneration of the Sublime”, Osaka 1995, no. 59. Sothebys, Contemporary Literati: Curiosity, 05 APR 2015, HONG KONG, lot 2843. (for another, yet smaller RARE LIMESTONE HEAD OF A GUARDIAN, TANG DYNASTY)

Six carvings of figures and animals, including Jade
€200 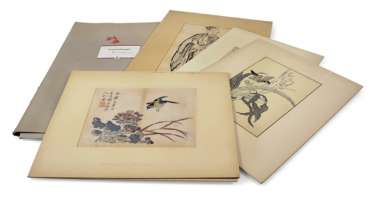 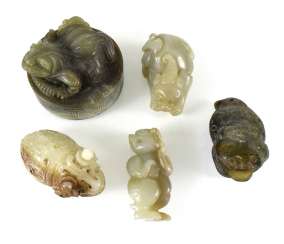 Five Jadeschnitzereien in the Form of animals and mythological creatures
€800 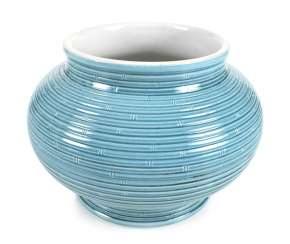 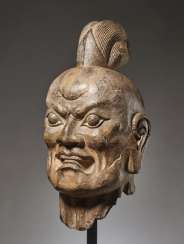