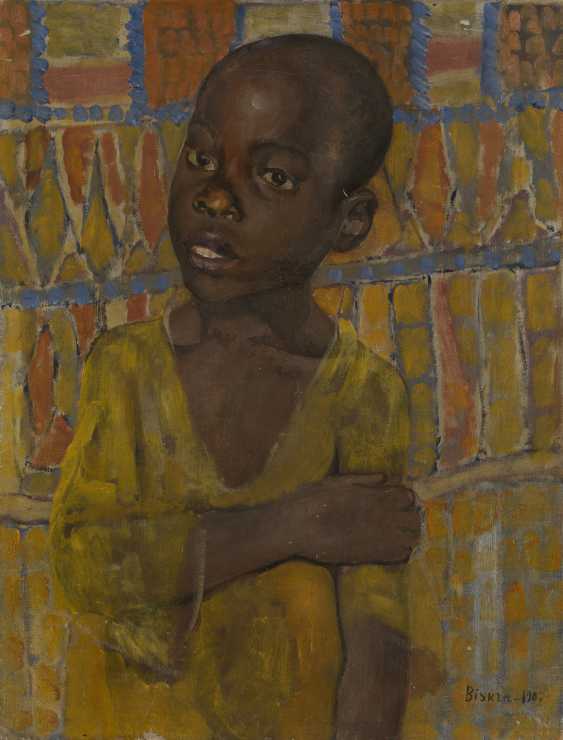 The Portrait of an African Boy featured in this catalogue belongs to a series of works that Kuzma Petrov-Vodkin painted in 1907 during a two-month trip to Algeria and Tunisia. This expressive, rather intimate image of a child was created during the artist's visit to Biskra, a town in northern Algeria. The work’s colour scheme seems to have literally soaked up the heat of the blazing African sun, the aroma from the local bakeries and the variety of colour in the Berber and Arab fabrics, the rhythmic pattern of which is associated with the measured beating of Berber drums and castanets. The image of the boy not only captivates one by its reverence and the impressionistic lack of constraint; it also constitutes a splendid example of a mood portrait that has conveyed to the modern viewer, through the surprised look of an inquisitive child, the fabulously alluring atmosphere of a remote ethnic group.

Petrov-Vodkin’s Tunisian and Algerian works, executed in oils, are encountered extremely rarely in private collections, and their value is obvious. The artist only created a few paintings from the sketches and watercolours of 1907 that he brought back from Africa. The Portrait of an African Boy, painted from life, holds a special place in that group.

The work’s provenance is also noteworthy. The portrait used to be in the collection of the eminent art historian and writer Alexander Gidoni, and later formed part of the collection of the distinguished Soviet scientist Lev Loitsiansky. The work has a commendable exhibition history and has been published several times – an unquestionable indication of the museum quality of this magnificent canvas.

Petrov-Vodkin is arguably one of the most interesting Russian artists of the 20th century. His progressive discoveries in spatial and compositional structure ushered into the figurative pictorial art of the modern era the avantgarde ideas that still influence the creative work of many painters and graphic artists today. The system formulated by the colouristic vision of Petrov-Vodkin’s “three-colour spectrum” substantially transformed the palette of a whole community of the young artists of his time, providing many of them with wonderful opportunities for exploring new avenues in figurative art. The concepts of Petrov-Vodkin’s circle and the Petrov-Vodkin school now form an established part of the common usage of art historians. “Nowadays no one seems to be any longer in doubt that, in Petrov-Vodkin, Russian and Soviet art had a master of vast scope, profoundly unconventional and original, an artist and philosopher who strove to understand and bring to life in his art a person, an object, an occurrence or the universe in all their complexity and depth. It is precisely such people, rare by the very nature of their talent, who more than all others carry forward the artistic cognition of the world,” wrote Yury Rusakov, an expert on the artist’s work. 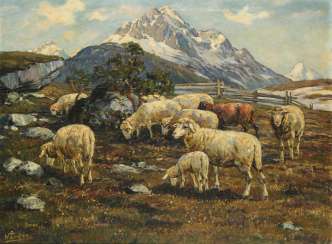 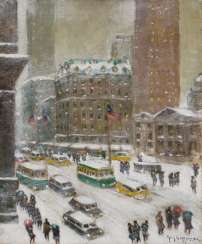 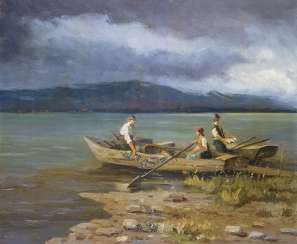 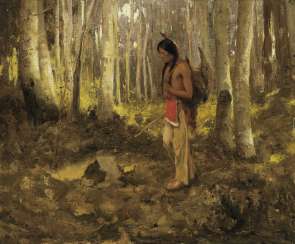 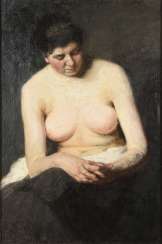 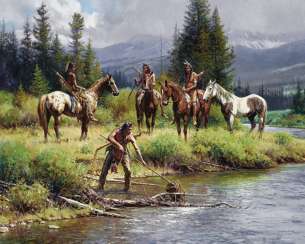 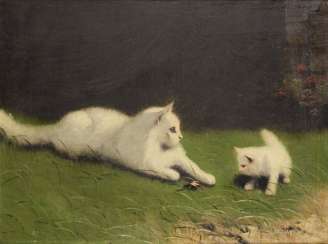 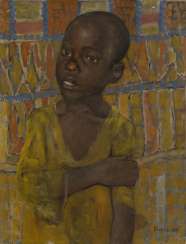