Lot 80. Düsseldorf. A magnificent centrepiece for Carl teaching the Lord mayor and honorary citizen of Duisburg 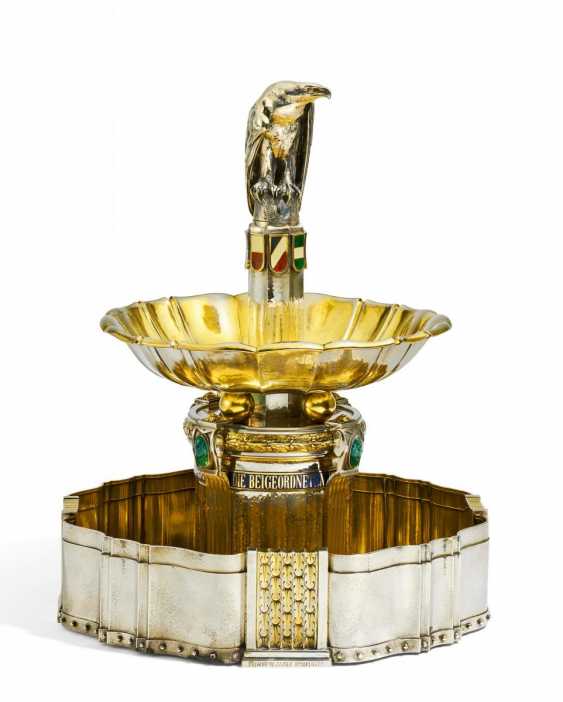 Silver, partly gilded. Colored enamel decoration and Cabochons. On flat ground with passigem reason, a correspondingly curved wall with a crack vertical,
Perlzier along the bottom, and four sides of the rectangles with stylized
Spring relief. In the middle of the expansive bowl, a broad, pedestal-like shaft with
Martel profiled surface. On the four sides pilasters and shaped, fluted bands, at the top as
Clips on Laurel frieze ending. On the capital-like Ends, respectively, large covered
Cabochon amazonite Imitation. In this area, in the base technology, a dedication inscription
"THE ALDERMEN and town councillors, for example, 70. BIRTHDAYS 15. JANUARY 1912" in Gold on
blue, red mottled ground. On the upper side of the stem, round bowl with four
Ball feet-and even-numbered trains set up. In the middle of fluted steal with eight
Coat of arms on signs, in coloured enamel, crowned by a fully plastic carved eagle
Tree stump. About 6320g. Height 45cm, ø lower shell 35.5 cm.

As the article by Heinrich Ms. Berger assigned to the düsseldorf arts and crafts, created by Wilhelm Zaiser several drafts for honor gifts, which were carried out, among other things, then of Beumer's (p. 192, and 196).
The donee Carl was teaching from 1879 to 1914, the Lord mayor of the city of Duisburg. In 1912, this magnificent centrepiece in his 70's was to him. Birthday for the conferment of the honorary citizenship presented by the aldermen and town councillors 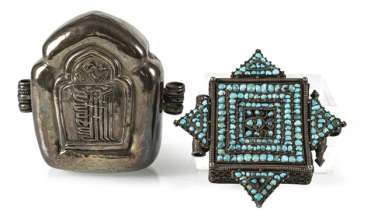 A Variety Of Coasters, Candlesticks,
€250 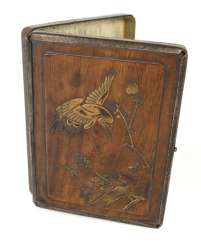 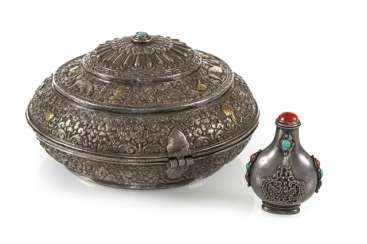 Snuffbottle and a lidded box made of silver, some with carnelian trim
€500 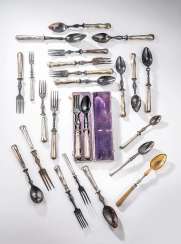 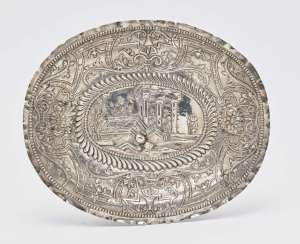 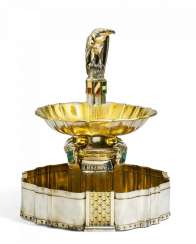