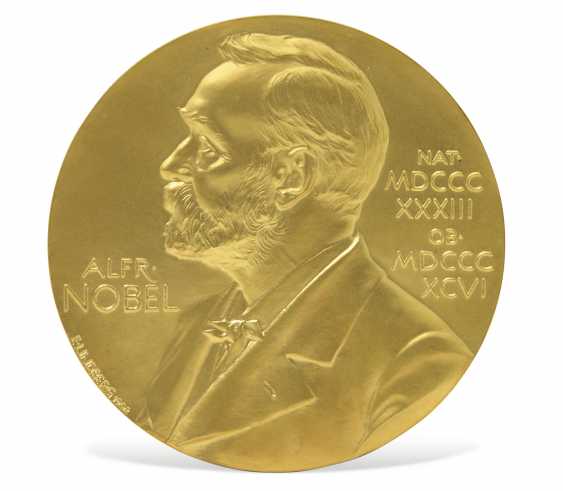 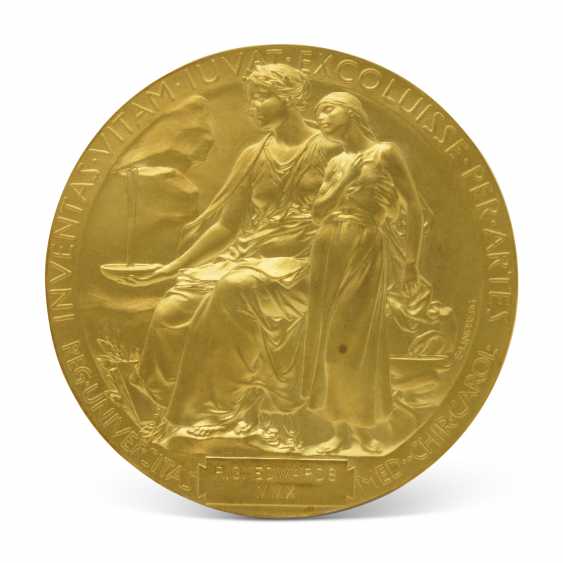 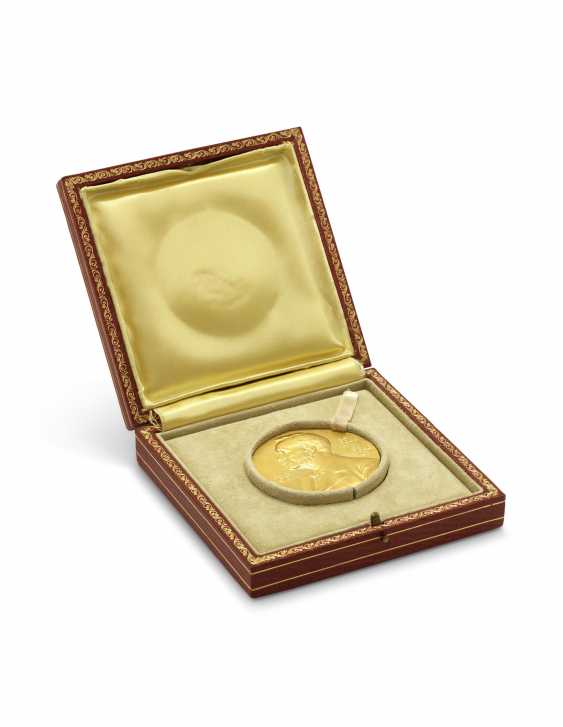 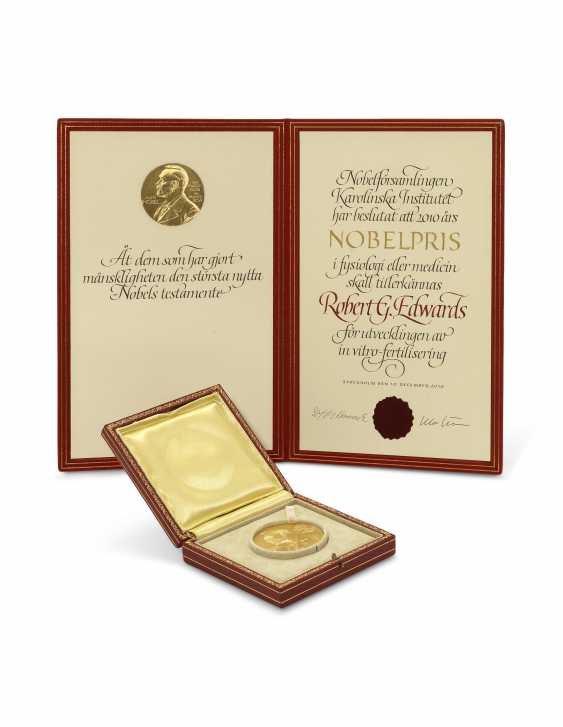 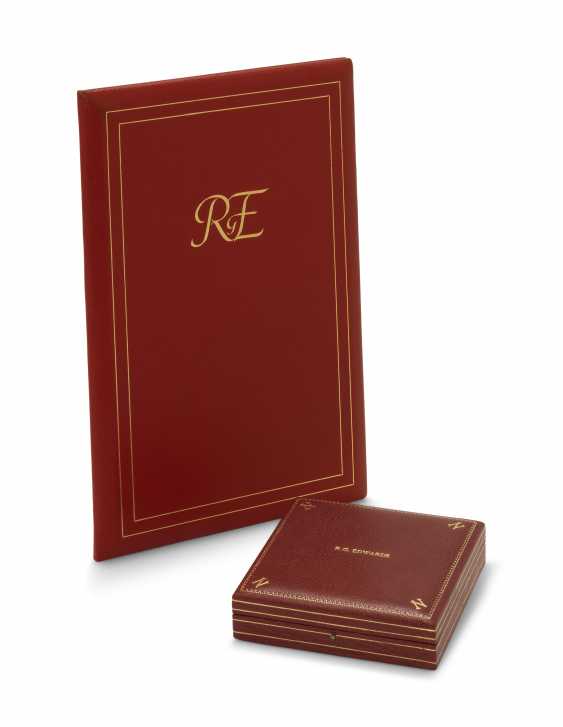 
Robert Edwards was the sole recipient of the 2010 Nobel Prize in Physiology or Medicine, awarded ‘for the development of human in vitro fertilization (IVF) therapy. His achievements […] made it possible to treat infertility, a medical condition afflicting a large proportion of humanity including more than 10% of all couples worldwide […] A new field of medicine has emerged, with Robert Edwards leading the process all the way from the fundamental discoveries to the current, successful IVF therapy. His contributions represent a milestone in the development of modern medicine.’ (NobelPrize.org. Nobel Media AB 2020)

Robert Geoffrey Edwards was born in 1925 in Batley, Yorkshire, the middle of three academically-gifted sons who would all go on to win scholarships to Manchester Central Boys' High School following the family’s relocation when Robert was five. His education was interrupted by the advent of the Second World War – evacuated back to Yorkshire, to a farm in the Dales, he and his younger brother spent a year without formal education, instead absorbing a great deal about the husbandry of sheep and cattle. On leaving school in 1943, he served in the Middle East; after being demobilised, he applied to study agricultural sciences at the University College of North Wales, Bangor, subsequently transferring to zoology in search of a greater intellectual challenge. A postgraduate diploma in animal genetics at Edinburgh University followed, where Edwards caught the attention of the developmental biologist C.H. Waddington; he completed his PhD (1952-55) under Waddington, and his mentor subsequently secured for him two years of post-doctoral research, notably well-funded at £240 per annum, during which Edwards produced a flurry of papers on the developmental biology of the mouse. While working in research at Edinburgh, he met and married Ruth Eileen Fowler (1930–2013), an endocrinologist; the two went on to have five daughters together.

As early as 1958 – while working at the Medical Research Council's National Institute for Medical Research at Mill Hill, London – Edwards realised that fertilisation outside of the body might be used to help treat infertility. At this point, though, his principal motivation for studying the genetics of early human development lay elsewhere – his research was directed towards a better understanding of the developmental abnormalities causing, among other things, Down, Turner, and Klinefelter syndromes. At first, his work at Mill Hill focused on oocyte maturation: he was excited to discover that rodent eggs mature spontaneously in vitro (in a test tube) at the same rate as in vivo (in the living organism), realising that if the same phenomenon were to be observable in human eggs, it might also be possible to fertilise the mature egg in vitro. Others had already shown that egg cells from rabbits could be fertilised in vitro when sperm was added, giving rise to offspring.

Progress was slow over the next few years, due in part to a lack of readily-available human ovarian tissue from which to retrieve and mature eggs – he also tried to replicate his earlier findings in monkeys at this time – and in a 1962 paper on the subject in Nature drew only tentative conclusions. The contract at Mill Hill came to an end at that time and Edwards spent a year at Glasgow University, as part of a team undertaking pioneering work on stem cells whose importance has only been latterly recognised. In 1963, he moved to Cambridge – where he would remain for the next 50 years – as a Ford Foundation Research Fellow, funded to study reproductive mechanisms with potential use in fertility control. On resuming his oocyte maturation experiments, he was able to prove that human eggs would, indeed, mature in vitro within 36 hours, a discovery that he published in The Lancet in 1965. But the next challenge, to fertilise the matured oocytes, initially met with failure, due to an inability to prompt the final maturation process of sperm in vitro.

Seeking the assistance of a clinician who might help him bypass this obstacle, Edwards made the acquaintance in 1967 of the obstetrician Patrick Steptoe, then undertaking ground-breaking work in laparoscopy. The following year, he hired researcher and trained nurse Jean Purdy to work alongside himself and Steptoe as a technician. Thus, the three original pioneers of IVF began their collaboration. From the late 1950s onwards, Edwards’ interest in in vitro fertilisation had centred on identifying genetic disorders at the very earliest stage – Steptoe and Purdy were instrumental in encouraging a more serious exploration of its use as a treatment for infertility. Following the discovery made by research student Barry Bavister, which achieved the final maturation of sperm to achieve fertilising capacity, and with human ovarian tissue supplied by Steptoe and his colleagues, it became possible to embark on a serious attempt to fertilise oocytes matured in vitro. On 15 February 1969, Edwards, Steptoe and Bavister published a study in Nature: for the first time, the early stages of human fertilisation had been achieved outside of the body.

The Nature study generated a huge amount of public interest, much of it less than positive, if not downright hostile. It marked the beginning of a difficult few years, during which vocal segments of the general public, religious leaders, ethicists, and the medical establishment seemed ranged against them: a 1970 application to the Medical Research Council was denied, with one of the referees remarking negatively on Edwards and his colleagues’ willingness to talk to the media about their work, while the British Medical Association was similarly unsupportive, leading to Edwards bringing a libel suit against them. In the face of such opposition – and with a potential political career beckoning after serving as a Labour councillor in Cambridge – Edwards came close to giving up his work in 1974. He was persuaded otherwise by Purdy, as well as by the affecting letters he received from the infertile, but maintaining the collaboration with Steptoe – still working in Oldham, after a putative move to Cambridge was scotched by the MRC’s refusal to grant funding – at a distance was challenging. Private funding from an American heiress, Lillian Lincoln Howell, allowed them to continue their work.

For almost a decade after human fertilisation had been achieved outside of the body, the delicate process of optimisation required for the successful transfer of a fertilised egg into the womb continued. The key to the procedure was found to lie in a close scrutiny of the recipient’s natural hormone cycle and in 1977, Lesley and John Brown were introduced to Edwards, Steptoe and Purdy after nine years of unsuccessfully trying for a child. On 10 November 1977, Lesley Brown underwent what would become the first successful in vitro fertilisation (IVF) procedure: their daughter, Louise Joy Brown, was born on 25 July 1978, weighing 5 pounds 12 ounces, a triumph celebrated by the press as the birth of the first ‘test tube baby’ (in fact, Purdy witnessed the crucial moment of embryonic cell separation occur in a Petri dish).

In the years that followed, procedures were undertaken in Australia and the USA, then across the rest of the world. In 1980, Edwards, Steptoe and Purdy founded Bourn Hall Clinic in Cambridgeshire, where they continued to refine IVF technology and train specialists in this new field of medicine: Steptoe was the clinic’s medical director until his death in 1988, and Edwards was head of research until his retirement. By 1987, 1,000 babies had been born following IVF treatment at the clinic, approximately half of all children born through IVF worldwide at that time. Outside of the clinic, and for the remainder of his stellar career, Robert Edwards dedicated his considerable energies to a wide range of projects, perhaps most notably co-founding the European Society for Human Reproduction and Embryology (ESHRE) in 1985 and establishing a number of highly respected journals within the field. He was elected a Fellow of the Royal Society in 1984, appointed CBE in 1988, and was knighted in 2011.

In 2010, he was awarded the Nobel Prize in Physiology or Medicine, ‘for the development of human in vitro fertilization (IVF) therapy’. He was the sole recipient; the prize is not awarded posthumously and his two collaborators in the development of IVF, Patrick Steptoe and Jean Purdy, died in 1988 and 1985. Edwards himself died on 10 April 2013. Today, around four million people have been born following IVF.

The Physiology or Medicine Medal
The Swedish inventor Alfred Nobel (1833-1896) established the Prizes through his will in 1895: those in Physics, Chemistry, Physiology or Medicine, Literature, and Peace were instituted in 1901, while the related Nobel Memorial Prize in Economic Sciences was created in 1968. The medals for Physics, Chemistry, Physiology or Medicine and Literature were designed by the Swedish sculptor and engraver Erik Lindberg (1873-1966) and first issued in 1902, the year after the institution of the Prizes. The medals differ slightly in their design and inscriptions across the obverse, reverse and edge; a portrait of Alfred Nobel features on the obverse of each, with the medal in Medicine or Physiology presenting a allegorical depiction of Medicine quenching the thirst of an ailing girl on the reverse.
Prior to 1980, the Nobel Prize medal was made from 23-carat gold; since then, Nobel Prize medals are made of 18-carat green gold plated with 24-carat gold. The diameter of the Nobel Prize medal is 66mm and the weight is set at 175g, with the exception of the medal for the prize in Economic Sciences.
The Nobel Prize is widely regarded as the most prestigious award available in the fields of literature, medicine, physics, chemistry, peace, and economics. Awarded annually, each laureate receives a gold medal, a diploma and a sum of money, which is decided by the Nobel Foundation. 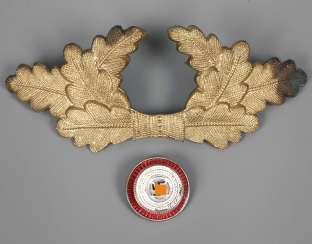 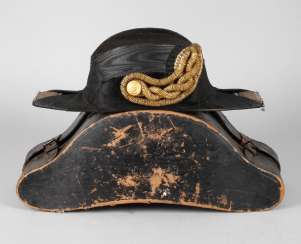 Two nicknames for officers of the Imperial Navy
€500 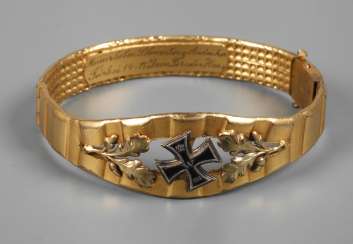 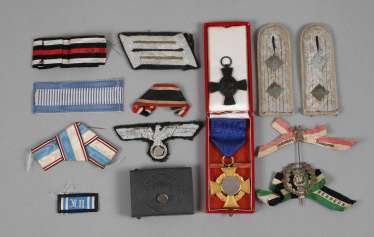 Mixed lot of medals and badges of rank 2. World war
€20 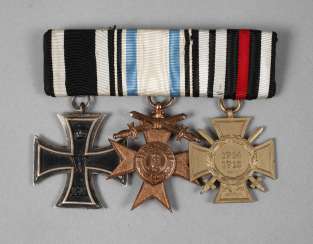 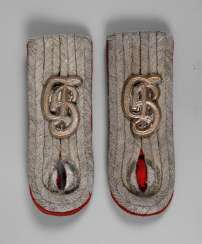 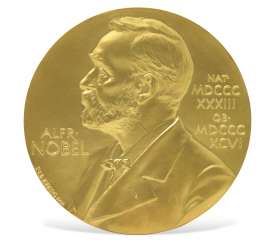