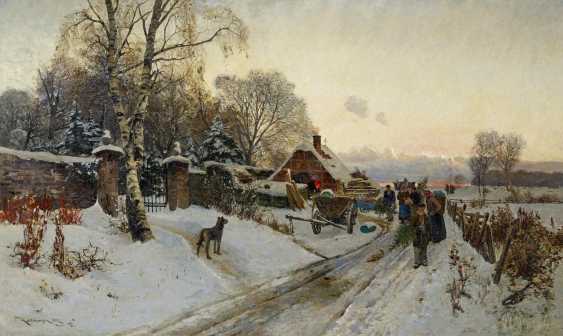 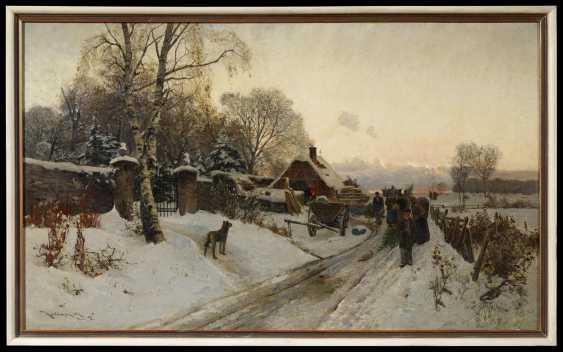 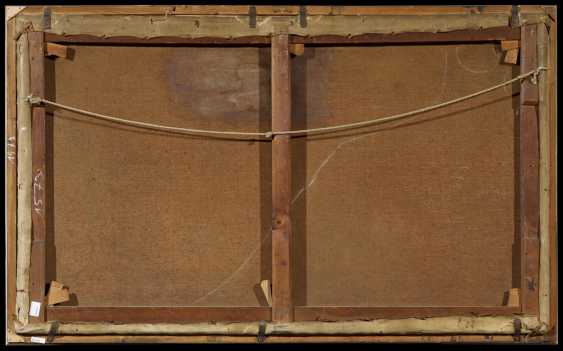 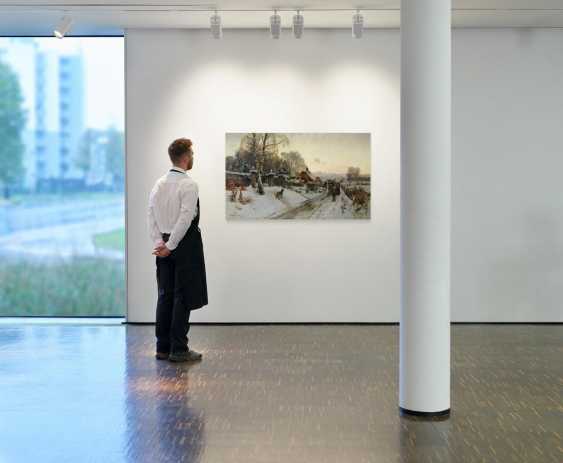 Literature:
Eder, Irene: Friedrich Kallmorgen, monograph and catalogue raisonné of the paintings and prints, Karlsruhe, 1991, no. G40.
Shown here is only a preliminary study (ink drawing) from the same year as the painting was in force until 1996 as lost.

The extraordinary Talent as a draftsman of the 1856 in Hamburg-Altona-born artist Friedrich Kallmorgen was revealed days already in children, so that the son of an architect at a young age of six or seven years ago, first drawing lessons by his uncle, the portrait and landscape painter Theodor Kuchel, received. Against the wishes of the father, Friedrich decided not to take over the family business, to be able to instead of his dream to be a landscape painter, to pursue. So he joined in 1875, finally, the düsseldorf art Academy and studied with painter sizes, such as Andreas Müller, and Ernst Deger, and Eugen Dücker. According to his own words, it also attracted the artists, however, already at the time of the study halls in the nature, to paint on the spot and Refine his style. In 1877 he travelled together with Carl Friedrich Lessing in the Franconian Switzerland and moved then to the art school in Karlsruhe, where he graduated in 1881, his studies with Gustav schönleber. A year later, in 1882, was followed by Frederick the first of a total of five Paris, during the he was able to study the artists of the impressionism eignend. In September of the same year he married the painter Margarethe Hormuth-boar.

This painting "Before Christmas" was, as in us, the Dating reveals the artist, only a few months later, and, possibly, in this atmospheric winter scene, a little on the homely comfort of a newlywed reading, which is starting soon, even a family. Due to the extraordinary combination of the picturesque influences from realism and impressionism the artist was able in this work to create a pleasant synthesis of two styles: So Kallmorgen modeled the depth of the ruts in the snow-covered dirt road by means of a pastoseren color job and only less, free brush strokes, so that impressioni resonate tables echoes, while he understands, for example, for the bark and branches of the birch in the foreground to use a more subtle, realistic style of painting.

The paintings of well-known preliminary study in ink (unknown whereabouts) is refined in our image, which is brought especially by the fantastic component of the color to life: Particularly atmospheric, the rich, warm Orange-red of the fire acts on the left of the image. Weaker it returns again in the delicate glow of sunset on the horizon and emphasizes the promise of silence this Christmas eve, and his characters, the bear is already in preparation for the festive occasion, the beaten fir-trees home. 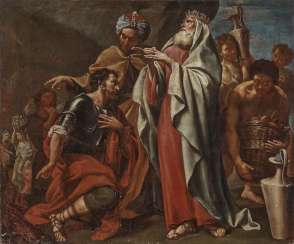 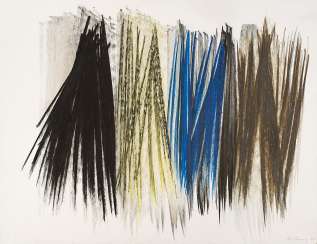 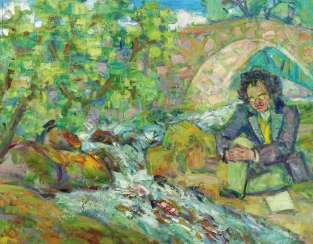 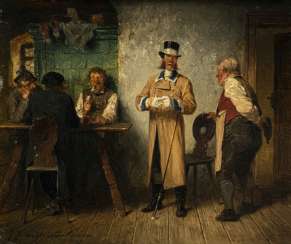 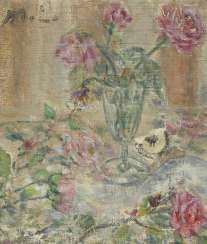 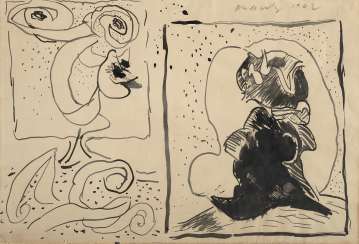 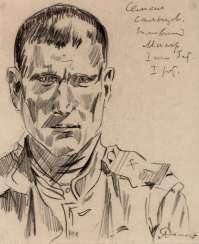 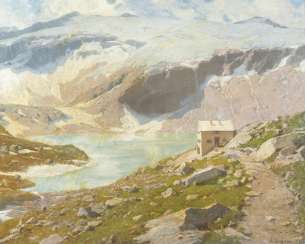 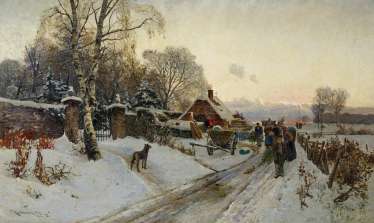