Lot 33. KPM. Pair of candelabra and Jardiniere from the "wedding procession" 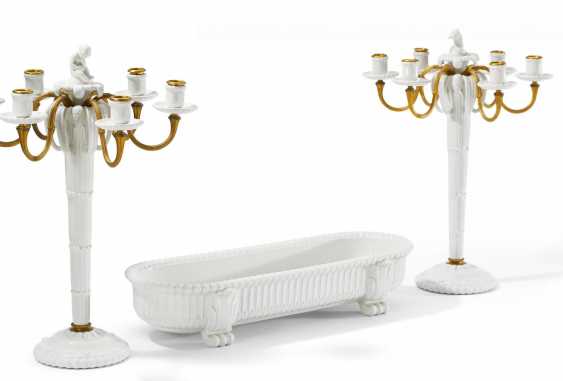 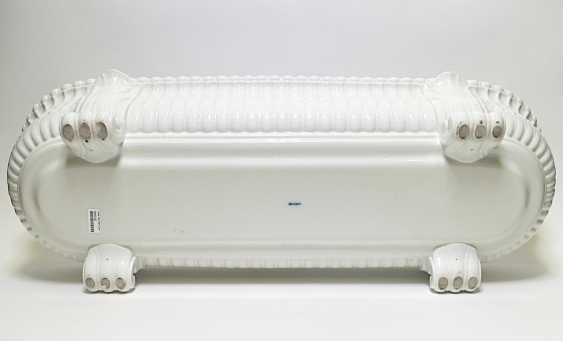 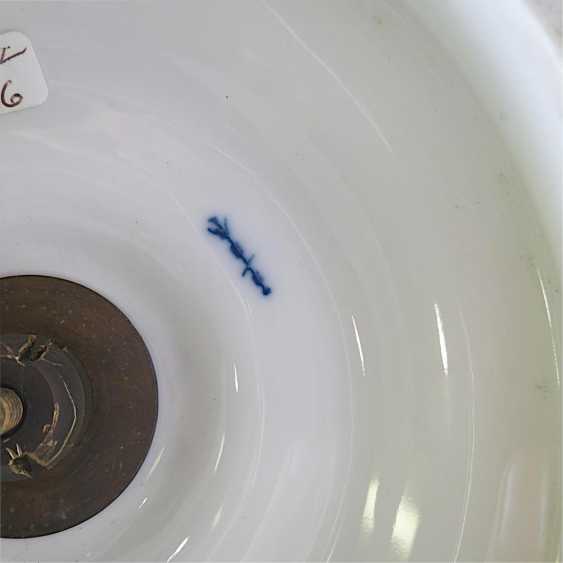 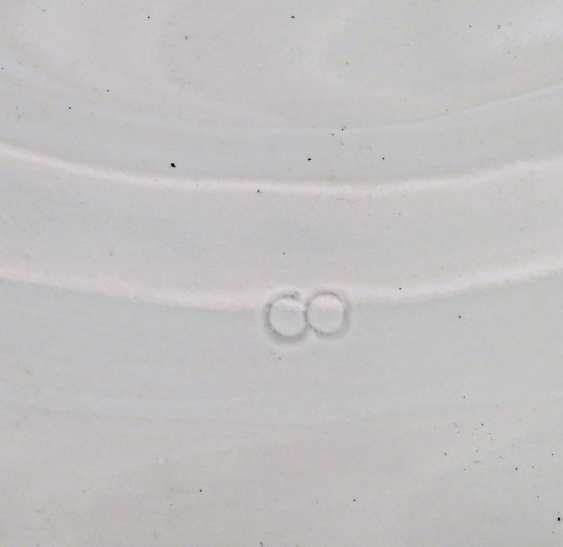 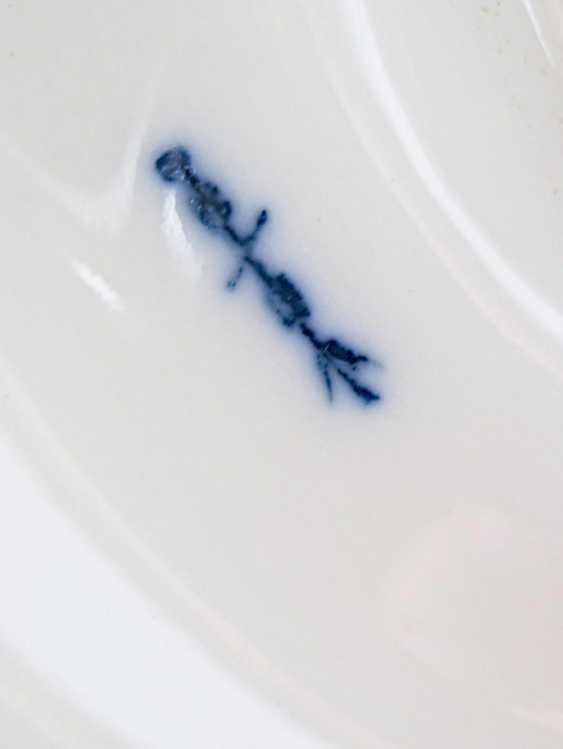 Porcelain, white and gold-plated Bronze. Six-lamp candelabra slightly vaulted, with raised shells decorated with round feet. Shafts in the Form of a stylized palm trunks, which are due to expire towards the top and leaves with a Date-clusters are occupied. They are crowned by the, depending on a flowering kneeling figures of a girl, or a boy that of the date fruit snacking. The six curved bronze arms of the chandelier a grown-up above the palm leaves from the stem and terminate in the attached spout and Traufschalen made of porcelain. The candlesticks were recorded in October, 1908, in model book of the KPM under the number 9027 c and the artist's name Amberg.
Jardiniere with oval shape on four volute-shaped feet. The wall with continuous Relief, which addresses the design of the candelabra stems again. It forms in the imaginary list of table essay the center of the ensemble. Height of candelabra: 59/60cm, dimensions of Jardiniere: 14x68x26cm.
Sceptre brand, a candlestick embossed 8. Condition twice A and even C, a candlestick nozzle replaced.
Provenance:
Private Collection, Hesse

After the termination of his period of study in Berlin and Paris, Amberg worked, in addition to his work as a sculptor, at the company P. Bruckmann & son in Heilbronn. In the context of his work as a metal artist, get him his first success with designs such as a 3,20 m high silver fountain, the "fountain of German music," which he, together with Otto Rieth for the Paris world exhibition of 1900 designed or the order for the new Aachen Ratssilber in the year 1903.
After a one-year stay in Rome Amberg, Germany, settled in Berlin, where he designed in 1904, on the occasion of the wedding of the German crown Prince, wedding procession. In the undated, apparently, private records of the artistic Director of the KPM, Theo Schmuz-Baudiß, a sarcastic remark regarding the rejection of Ambergs designs: her Majesty the Empress deuchten to be naked in these figures. The boy and the girl, the bear, the two candelabra crown no clothes. They are available for the generation of order in the German Imperial house 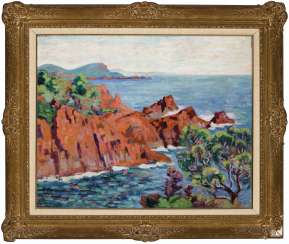 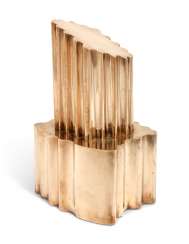 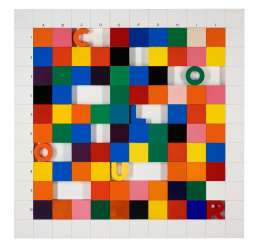 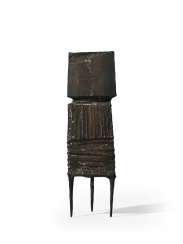 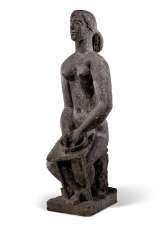 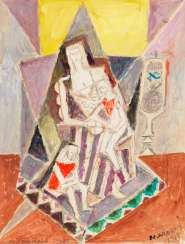 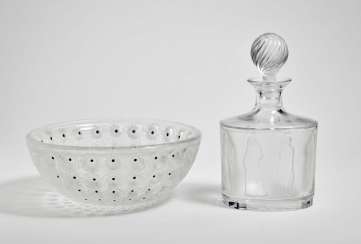 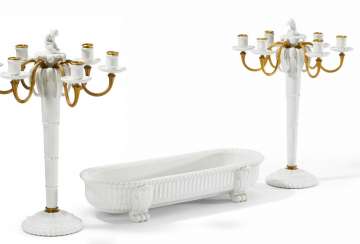 Pair of candelabra and Jardiniere from the "wedding procession"
€3 000
×