Lot 18. Meissen. Splendid a result of the allegories of "The Four continents" 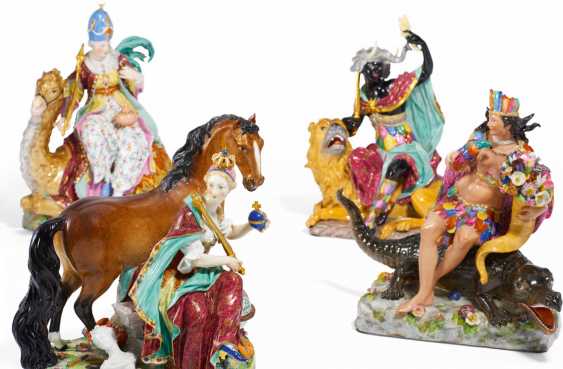 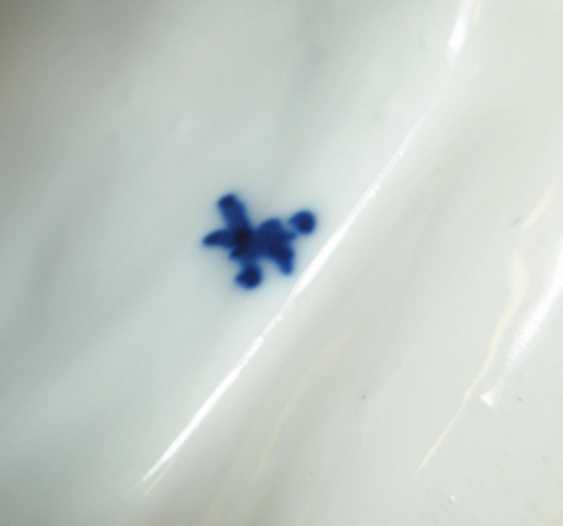 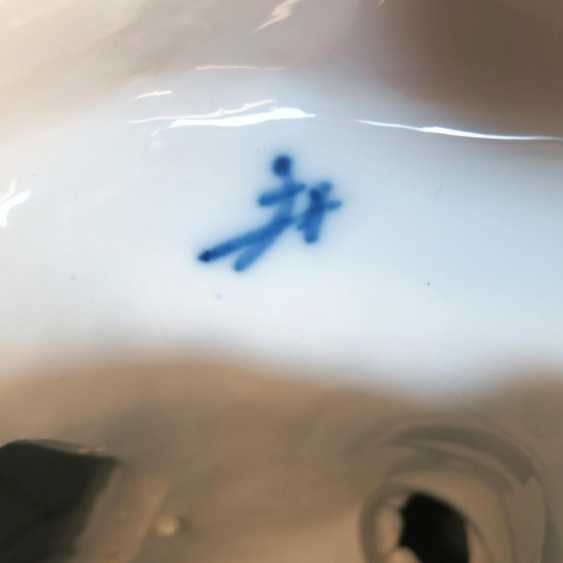 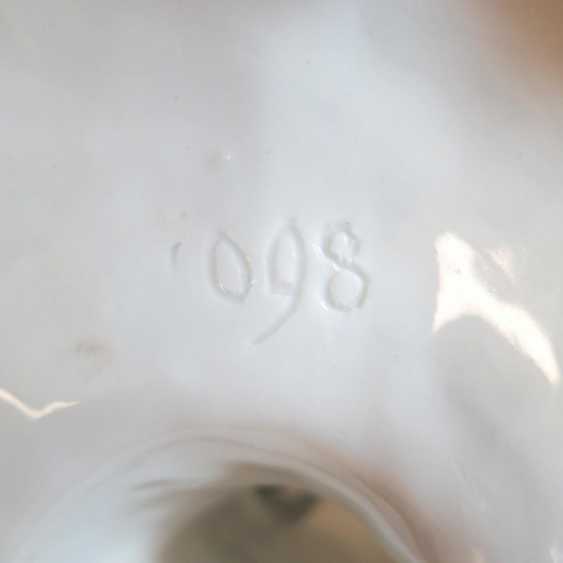 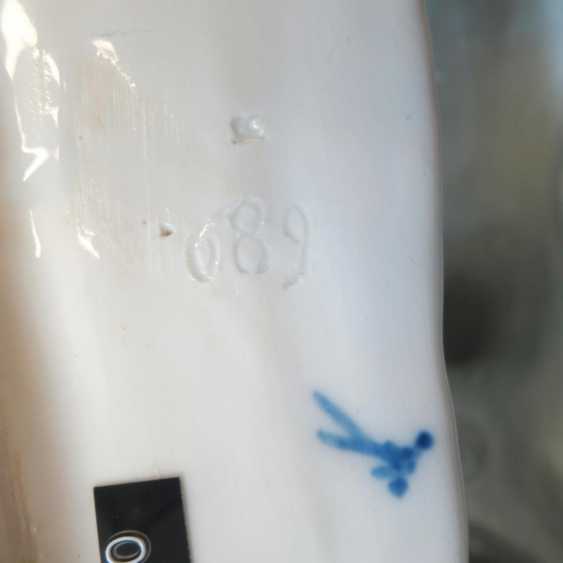 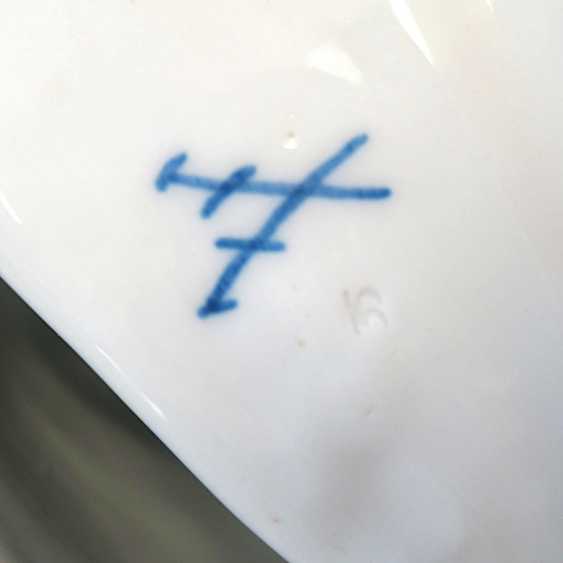 Porcelain, coloured and gold equipped. The allegory of Europe as the Empress with a crown, scepter and Orb on a marble bench. Behind her, a large, handsome horse, and her feet, on an oval grassy base globe, painter's palette, sheet music, an antique female bust, compasses, and chisels, as well as back side of an antique armor lying.
Asia also as a female personification in a splendid robe presented. In this case, on a large, to a palm tree bearing the camel sitting. On her head a turban-like crown and in her right Hand a scepter, holding on her left knee, is a censer.
The personification of the continent of Africa, represented as a dark-skinned woman in a robe with colorful spring jewelry and a wide cloak. Over your head an elephant head carrying, in his right Hand a scepter in the raised Left, a bundles, or corn on the cob. Your pet will be a great to your existing lion, which is superimposed on a rectangular stone base.
The continent of America depicted as a woman with feather crown, a long, colorful feather coat and corresponding skirt material. On your right Hand is a parrot sitting in her left Arm a large, with a cornucopia with flowers, holding. She sits on a large crocodile, which looks with open mouth to the viewer. The rectangular stone plinth with flower-filled. Height 27 cm / 31.5 cm / 30.5 cm / 28.5 cm.
Sword brand. Africa, model no. 689. Condition B/C-C.
Provenance:
Private Collection Hesse, Germany.

The present cycle of the four continents Europe, Asia, Africa, and America was given by Empress Elizabeth (1741-1762) in Meissen in order. Elizabeth had met the precious products of the Meissen manufactory in the early years, as your of August the Strong in 1728, "6 boxes filled with the most beautiful Saxon porcelain" as a gift have been sent, and a passion for that developed (Pietsch (2004), p. 11).
The exchange of diplomatic gifts between Saxony and the Tsar already had a long Tradition. In the year 1728, sent August the Strong for the first time, the finest products of its porcelain manufactory, to be given as gifts to the court of Peter the Great. There, the objects were enthusiastically received and highly appreciated. During the reign of Empress Elizabeth (1741-1762) was used for the "white Gold" of Saxony as diplomatic gift.
Especially, the porcelain gift, which in August sent a. III. on the occasion of the wedding of the Russian heir to the throne and nephew of the Empress, Karl Peter Ulrich of Holstein-Gottorp, in 1745, to St. Petersburg, made all the previous gifts of the Saxon court in the shadows. The Andreas service' included, besides the service parts, such as plates, tureens and candlesticks more than 190 figures as decoration for the dessert table, as well as 90 flower vases and three large stone fireplace sets (Pietsch (2004) 66 et seq.).
Empress Elisabeth was exceptionally impressed by this splendid gift, and was then in the same year the figures at the manufactory in order.
In addition to the allegories of the four seasons and the five senses, this also included the present cycle of the world. They were worked by Johann Friedrich Eberlein, under the cooperation of Kaendler and Reinicke between 1745 to 1747. A template for engravings were after drawings by Gottfried Bernhard Götz (Eikelmann (2004), p. 384) 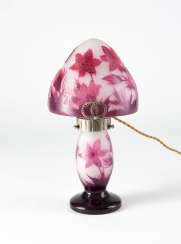 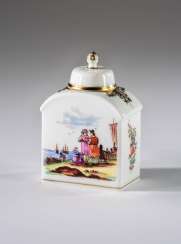 Floor vase made of porcelain with inscription and landscape decoration
€50 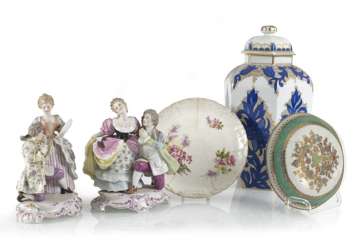 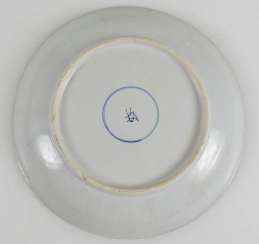 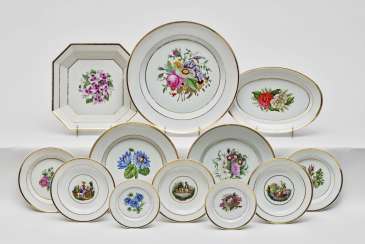 Four ceramics, among others, in the style of the Jun-Ware and craquelierter glaze
€150
Show more
€
5 000 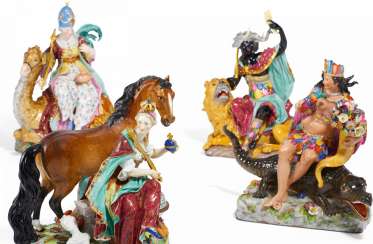