Lot 951. Deed estate of a Lieutenant and observer of the 4./ Battle squadron 2. 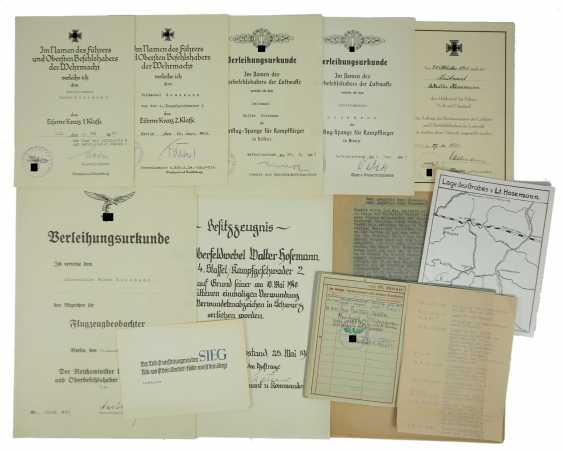 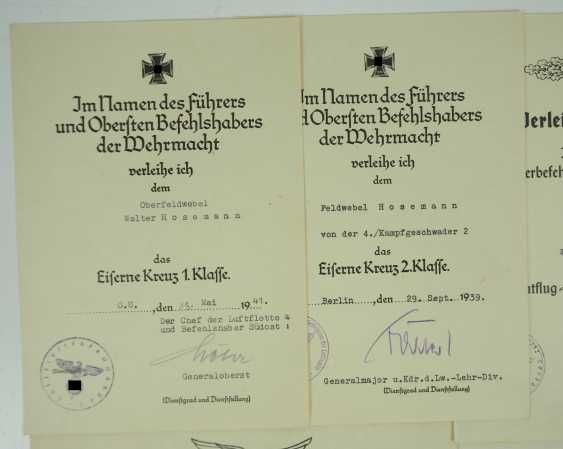 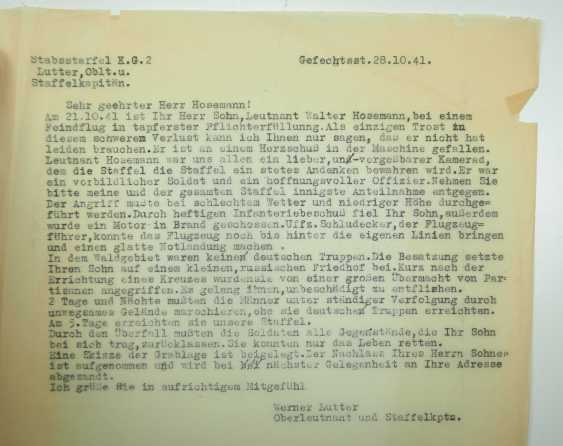 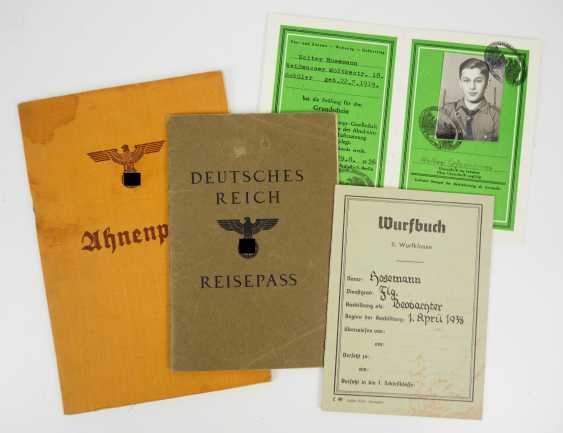 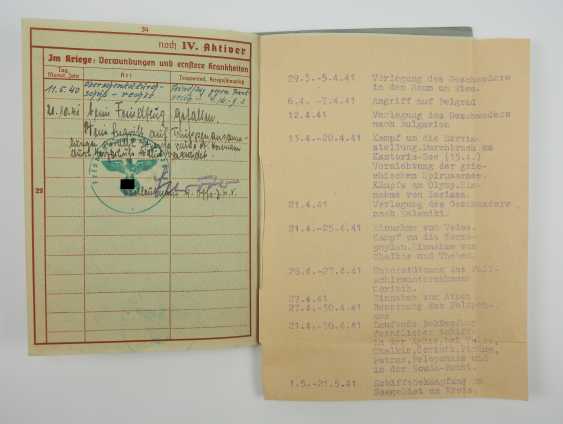 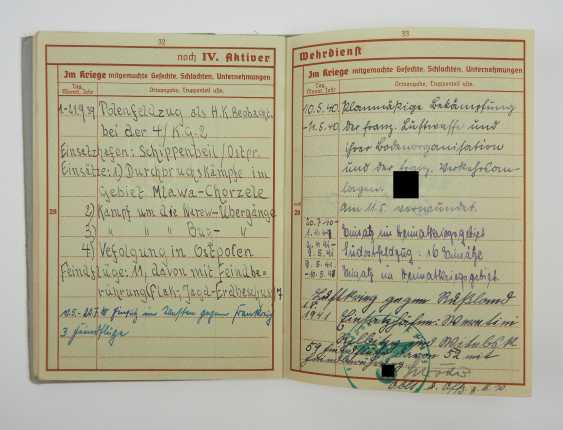 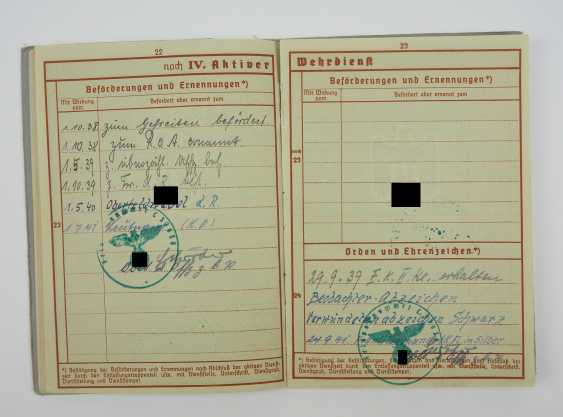 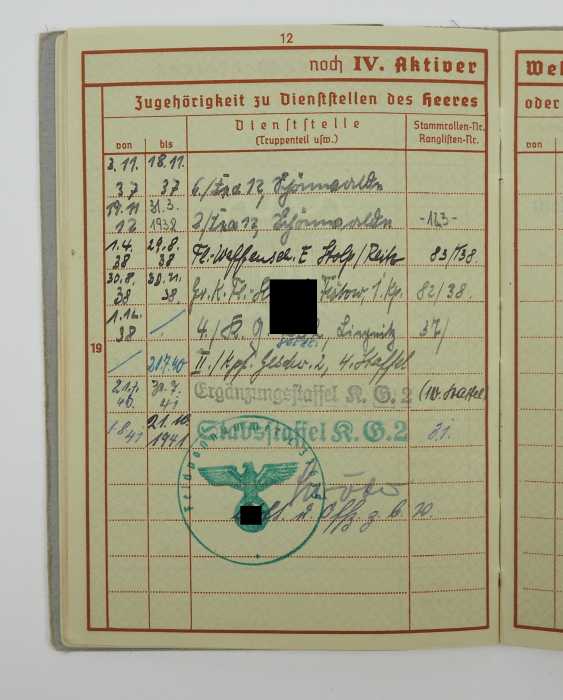 ID 8125
Lot 951Deed estate of a Lieutenant and observer of the 4./ Battle squadron 2.
Documents: - Iron Cross, 1939, 1. Class (13.5.41, OU Gen. Oberst Löhr - RK, EL); - also, 2. Class (29.9.39, Gen. Maj. Forester - RK); - wounded badge, 1939, Black (wounding on 10.5.1940, 25.5.40, OU); aircraft observer (Berlin, 31.12.39, OU Gen. Maj.); front flying clasp for fighters in silver (24.9.41, OU Rieckhoff - RK, DKiG); - also, in Bronze (6.6.41, OU Major Hübner); - DLRG basic certificate (with HJ photo, Wohlau, 29.8.36, OU); patents: - Sergeant major (21.5.40, OU Fink - RK, DKiG); Documents: - military ID (with photo, well kept, detailed battle calendar, awards are listed); - ancestor passport; - throw book - condolence letter; - the location of the tomb; - extensive additional documentation. According to the message as a Volunteer in October of 1937, the training took place at the Aviator-replacement-division 12 Schönewalde. With the beginning of the war he was in the Association of the KG 2 as an observer. Did the Polish campaign, including 11 Enemy flight with enemy contact by Flak, hunting and Erdbeschuss. For this he was decorated in September 1939, with the EK2. During the France campaign he was wounded through the thigh by a shot in an enemy flight. In the East the attack on Belgrade, the destruction of the Epirus army, and the battle for mount Olympus, with the support of the parachute company of Corinth, and the taking of Athens and the occupation of the Peloponnese. From the end of April, the enemy's ships were Bay in the Aegean sea, Souda, as well as in the sea area of Crete, he was loaned with the EK1. During the advance on Moscow, he was killed in Grawin by infantry fire during an enemy flight. Very large estate.
Condition: II 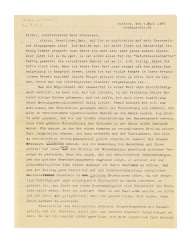 Debating with Einstein about causality
£800 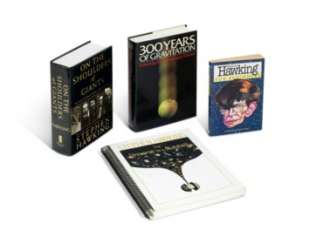 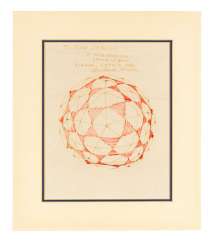 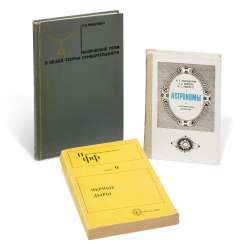 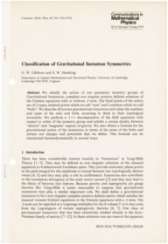 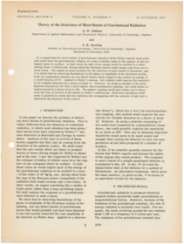 The path to the discovery of Hawking Radiation
£600 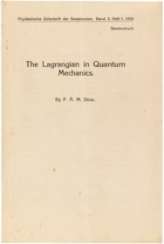 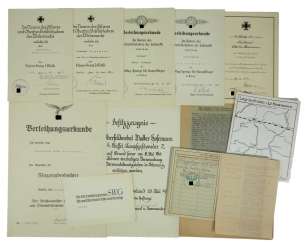