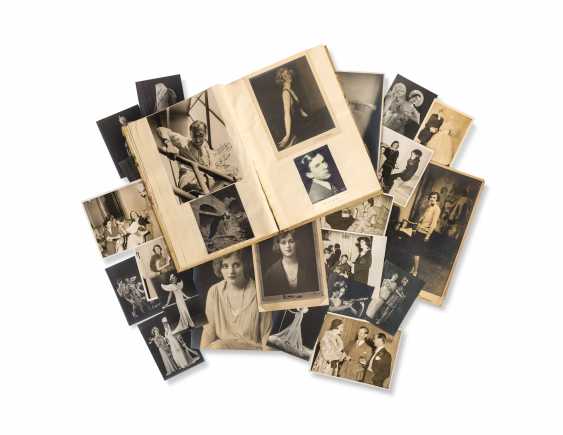 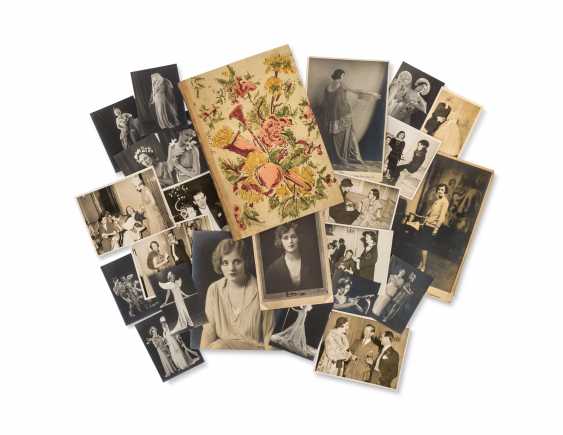 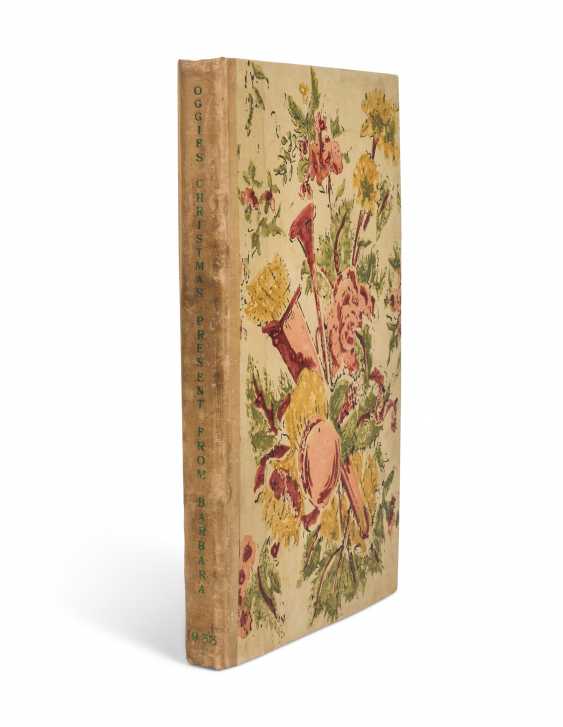 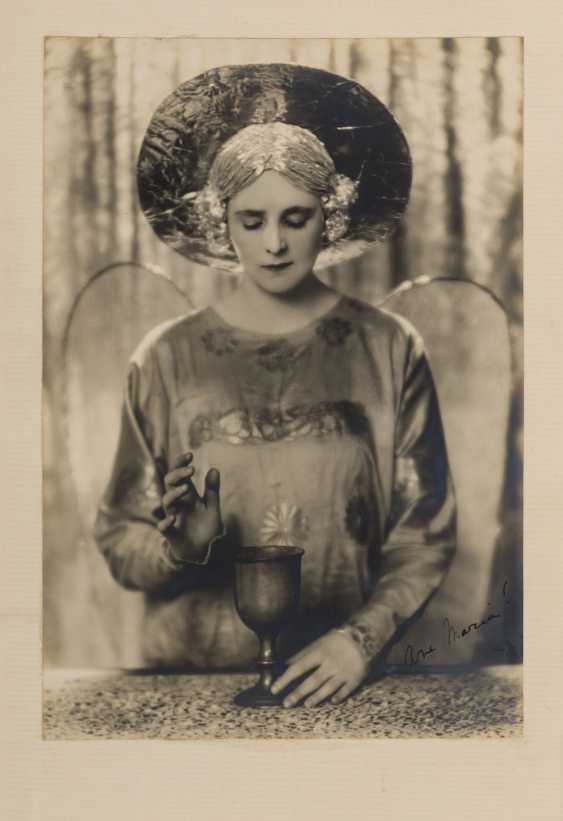 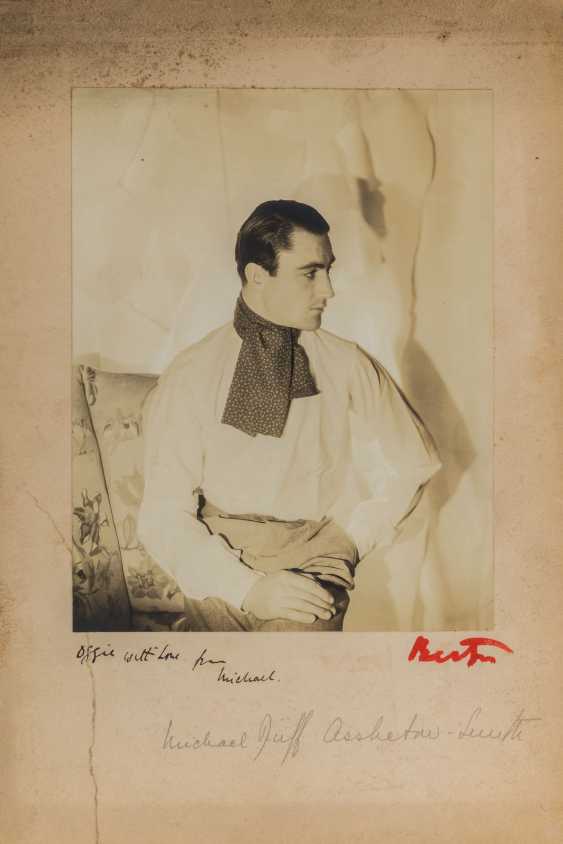 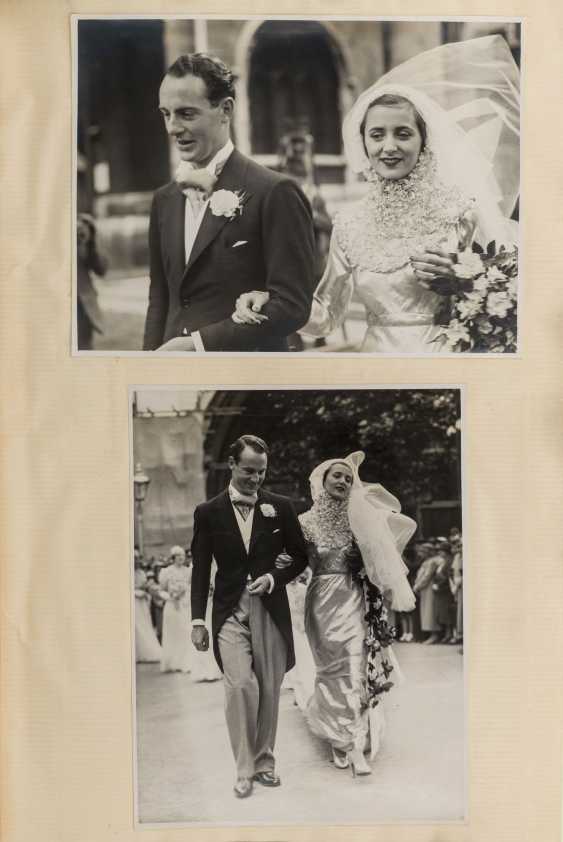 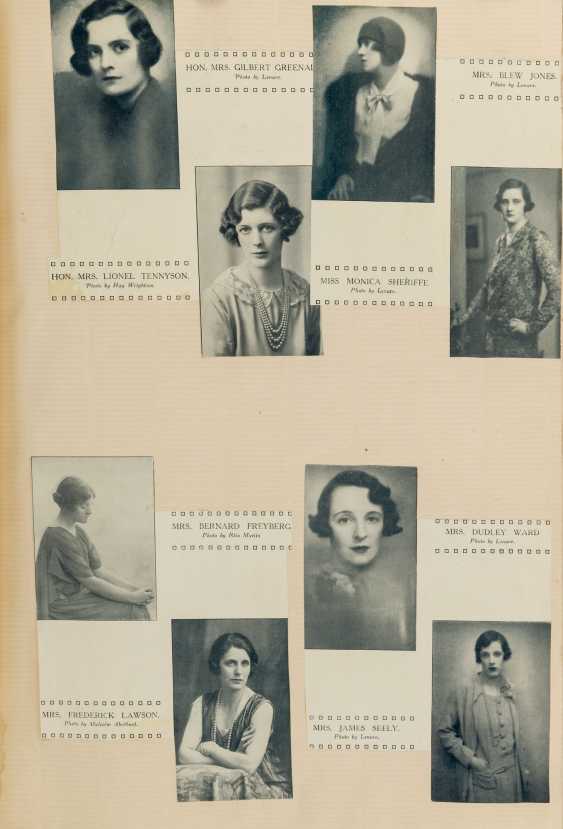 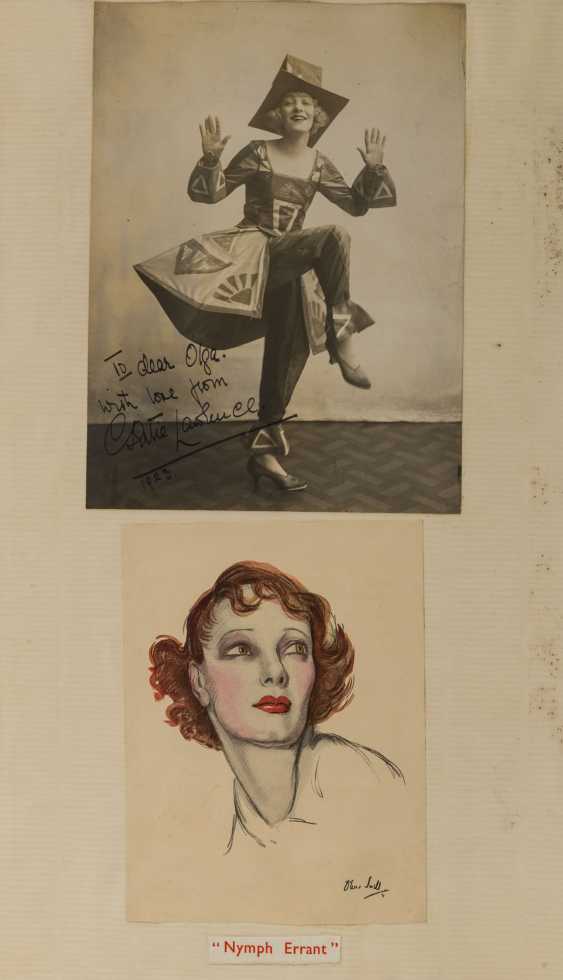 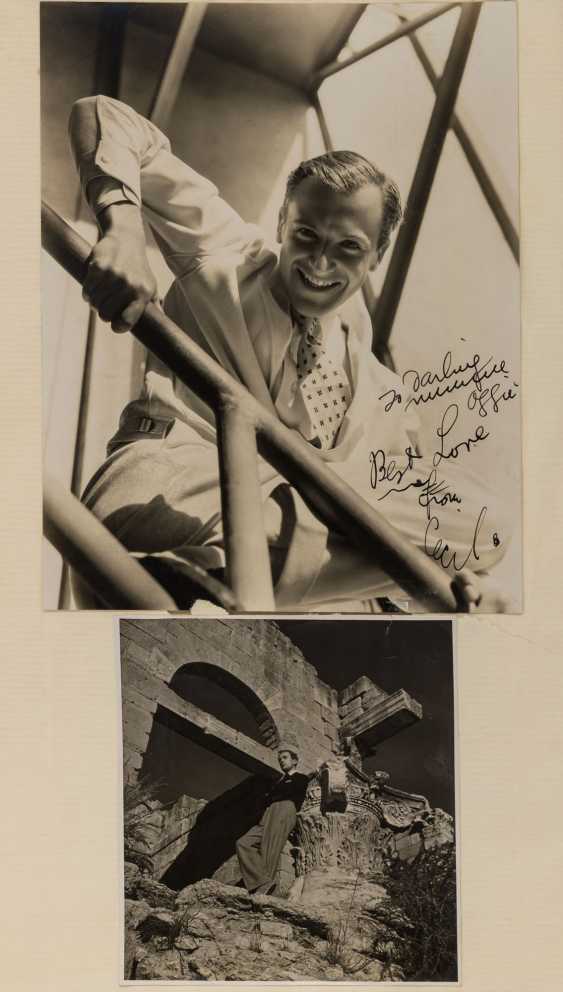 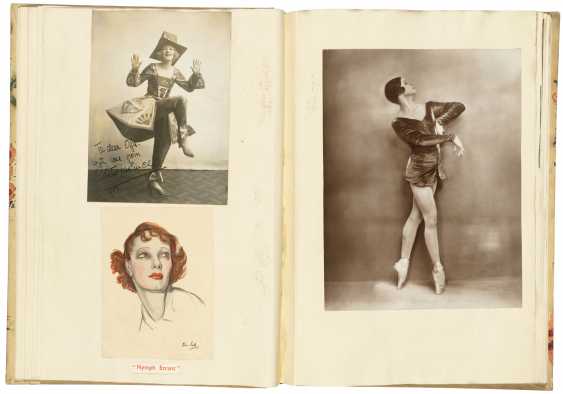 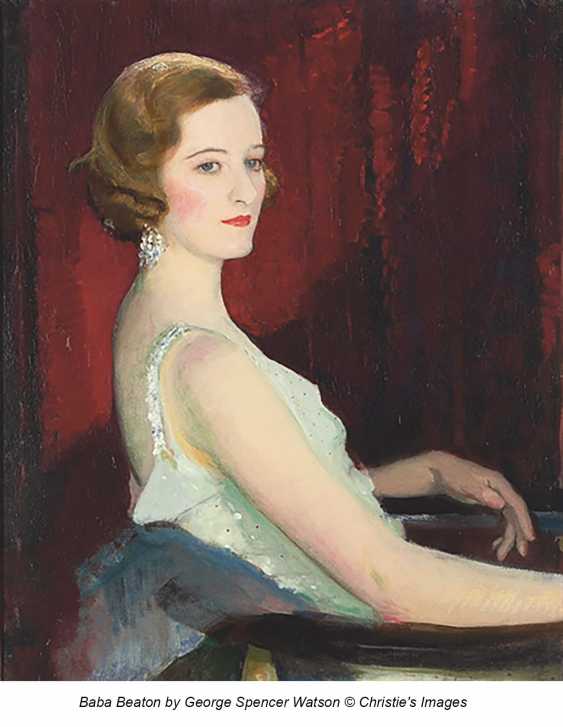 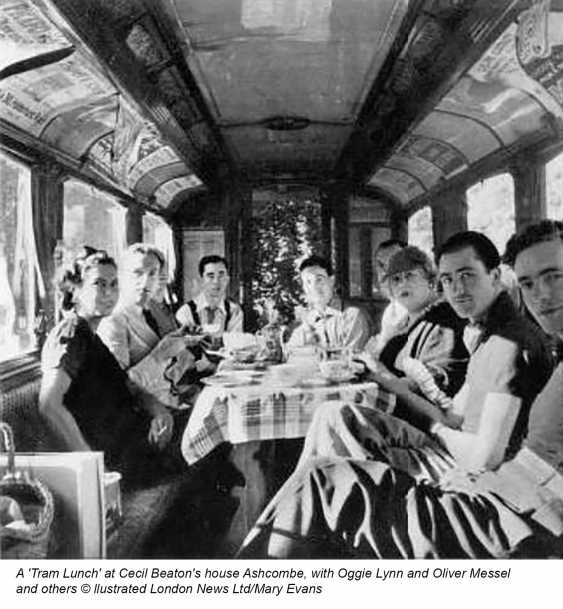 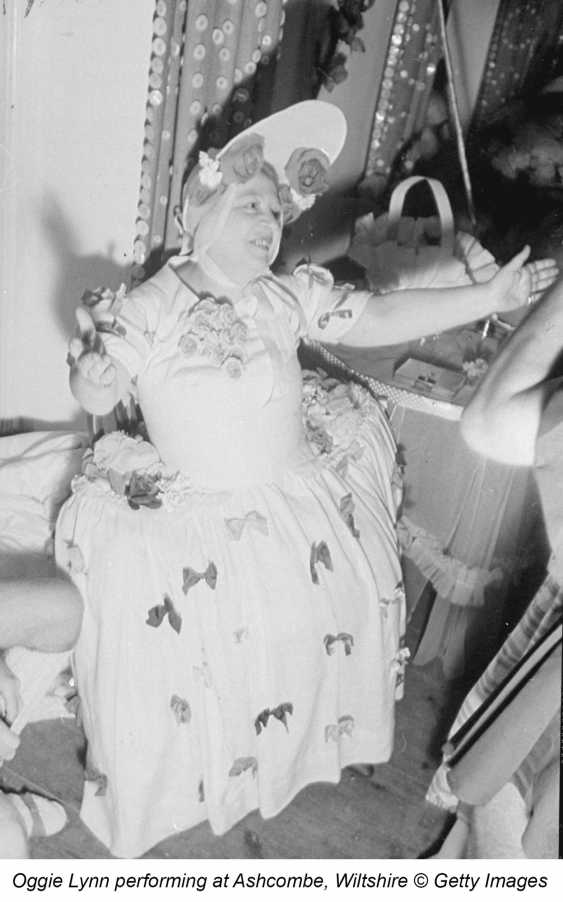 The Bright Young Things: a scrapbook documenting the glittering world of 1930s high society captured in photographs by Cecil Beaton, prepared for Olga ‘Oggie’ Lynn (1882-1961) by Barbara ‘Baba’ Beaton and her brother. Oggie’s scrapbook offers a personal view of the gilded circle of friends – many recognisable from Beaton’s 1930 Book of Beauty – with whom they attended parties, went on holiday, presented lavish stage productions and posed in elaborate recreations of Old Master paintings.

Olga 'Oggie Lynn' was a great friend of Oliver Messel and attended all his parties. As Anne, Countess of Rosse (Oliver’s sister and Lord Snowdon’s mother) remembered 'She had a rather sweet, pure little voice ... She was inclined to get into situations with which she could not cope and was always being helped by her friends. Oliver was chief rescuer. When she was not engaged in giving singing lessons she could often be found singing to the guests at Oliver’s parties' (C. Castle, Oliver Messel, London, 1986, p.79). It is probable that this album was given to Oliver in appreciation of the help he had given her.

Despite the difference in age, much like her contemporary Edith Olivier, Oggie Lynn adored her group of young fashionable friends and she was a staple part of 1930s society. Her friend Cecil Beaton, who helped create the present lot, writing in The Times after her death in 1957, said of her:

'An animateuse, she was not only a born hostess but a born guest. In the 1930s she became particularly indispensable, and lived in a glitter of Christian names. She enlarged her capacity for organizing entertainment; music benefited by the concerts she arranged, and charity by her pageants and tableaux vivants.' 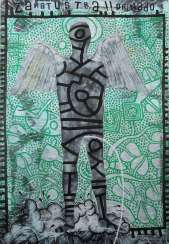 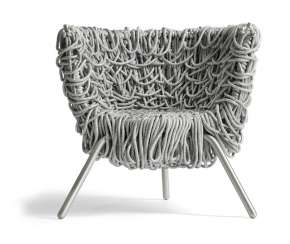 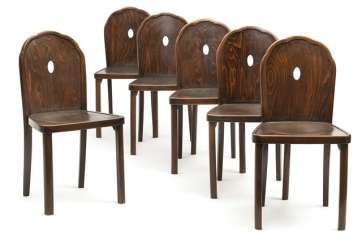 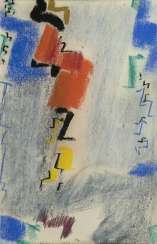 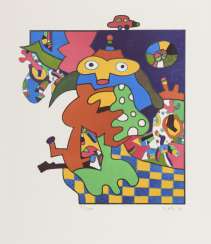 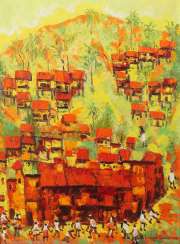 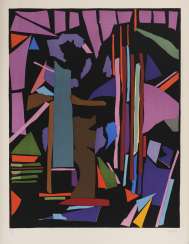 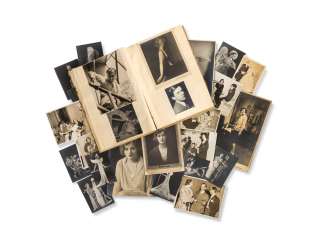