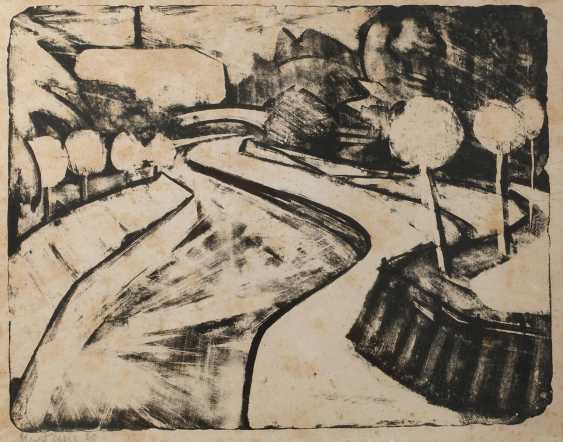 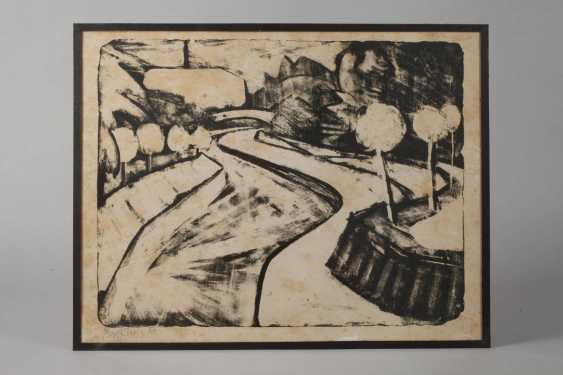 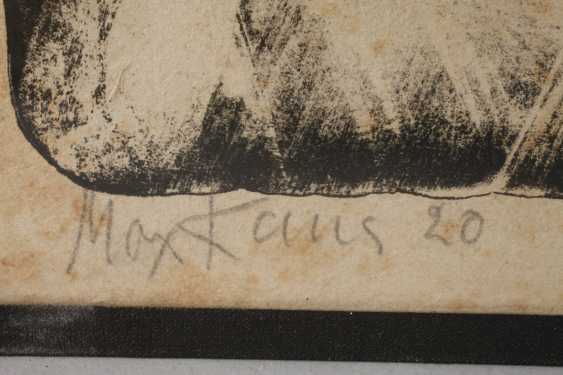 ID 292968
Lot 3829Prof. Max Kaus, Channel Landscape
Prof. Max Kaus, channel, countryside landscape with trees, channel and bridge, a powerful, expressive work, lithograph, left, signed below in lead and dated "Max Kaus (19)20", shown in "Max Kaus-print" under number 43 on page 90, foxing and tears, in pictures, carrier mounted, Depicting the transducer factor of approximately 37.8 x 48.3 cm. Artist info: dt. Painter, draughtsman, graphic artist and Illustrator (1891 Berlin to 1977 in Berlin), initially a painter, teaching, 1908-13 students of the teaching Institute of the Berlin Museum of decorative arts, 1913 private Studio, 1913-14 studied at the Academy in Berlin with Erich Heckel and Ernst Ludwig Kirchner, 1914, with a travel scholarship in Paris, from 1920 member of the “Free secession” and acquaintance with Karl Schmidt-Rottluff and Otto Mueller, continues to be a member of the "Berlin secession" and of the "Munich Expressionist workshops", starting in 1926, a lecturer at the arts and crafts school in Berlin-Charlottenburg, 1936-39 Professor at the United state schools in Berlin, 1945-59 received working as a Professor and Deputy Director of the University of fine arts Berlin, member of the “New” Berlin, the ends of several honors, including, in 1927, represented the Albrecht-Dürer prize of the city of Nuremberg, and in 1929, the Villa-Romana-price in numerous museums, including the national gallery and the kupferstichkabinett Berlin, the städel Institute, Frankfurt am Main, Museum Moritzburg, Halle, Wallraf-Richartz-Museum in Cologne, and museums in Stettin, Erfurt, Germany, USA (Detroit), A member of the Reich Association of visual artists of Germany and the German Association of artists in Weimar, source: Thieme-Becker, Vollmer, Dressler, Goldstein and the Internet. 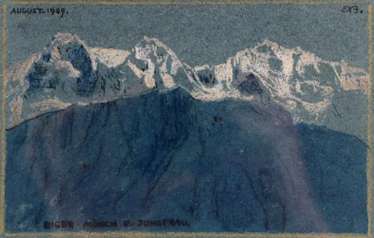 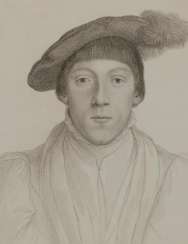 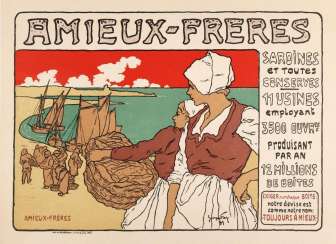 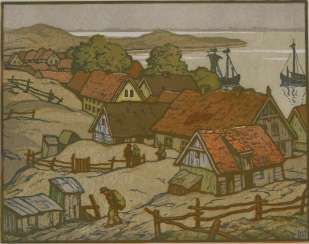 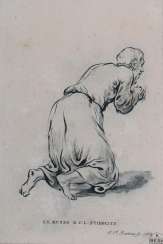 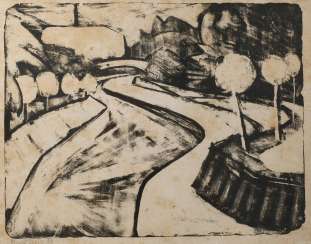