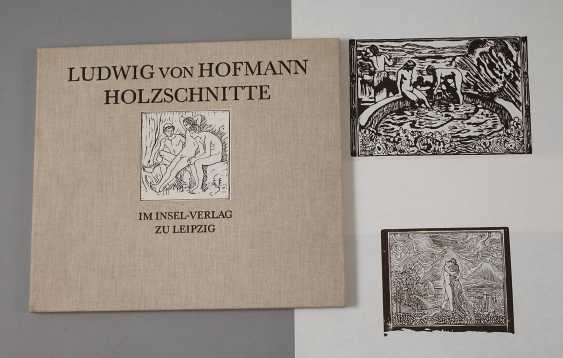 ID 292967
Lot 3828Prof., Ludwig von Hofmann, woodcut portfolio
Prof., Ludwig von Hofmann, woodcut portfolio contains twelve wood-cuts, and a booklet, all the wood-cuts with stamped "LvH estate", published in an edition of 300 copies in 1989 in the island publishing house Leipzig, the pressure of the wood cuts, Horst Hussel, linen-related presentation folders with glued wood cutting, sheet dimensions 28 x 32 cm. Artist info: major dt. Painter, graphic artist and artisan (1861 Darmstadt, Germany, until 1945, Pillnitz, near Dresden), studied 1883-86 at the Academy in Dresden with his uncle Heinrich Hofmann (1824-1911) and Friedrich Preller the Younger (1838-1901), 1886-88 at the Academy of Karlsruhe, here is a master student of Ferdinand Keller, then short-term study stay in Munich, 1889-90 at the Académie Julian in Paris and influenced by Pierre Puvis de Chavannes (1824-1898), from 1890 in Berlin as a freelancer, and next to Lovis Corinth, Max Liebermann, Max Klinger, and Walter Leistikow member of the Association of "Eleven", under friendships held done to Gerhart Hauptmann and Eugene, 1894-1901 study tours and stays in Rome, Naples, and influenced by the work of Hans von Marées (1837-1887), 1895 trip to Asia minor (Greece and Turkey) with his uncle and future father Reinhard Kekulé von Stradonitz (1839-1911) - in-law, starting in 1895, for the magazine "Pan" and, in 1898, a founding member of the Berlin secession, in 1903, a Professor at the art school of Weimar, and a pioneer of Harry Graf Kessler's movement, "New Weimar", 1903-14 summer house in Fiesole, near Florence, 1907 trip to Greece with Gerhart Hauptmann, 1916-31 Professor at the Dresden Academy, and residing at Dresden-Pillnitz, a corresponding member of the Munich secession, a member of the Deutscher künstlerbund in Weimar, Dr. phil. h. c. and privy Councilor appointed in many of the museums represented, in 1937, in part as a “degenerate” defamed, source: u. a. Thieme-Becker, Vollmer, Dressler and Wikipedia. 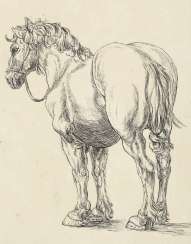 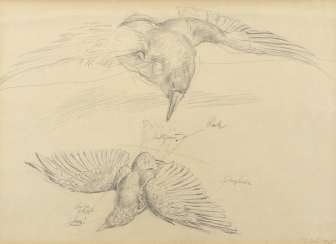 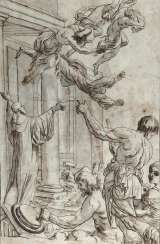 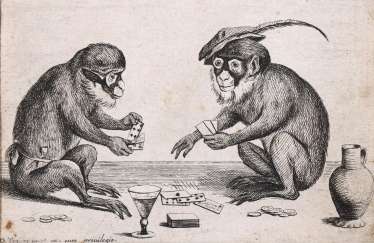 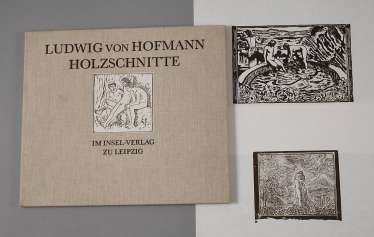